'There are three options how to proceed with Mercedes mirrors now'

The fins under the mirrors of the Mercedes W13 are allowed for this season according to the FIA. The situation has been discussed with the technical directors of the teams and the FIA and there seem to be three options for how to proceed. 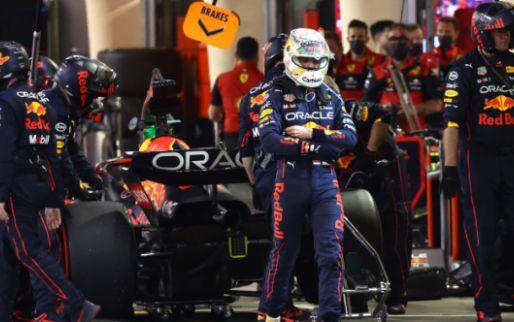 Mercedes came under fire after they mounted small fins under the mirror. Red Bull Racing boss Christian Horner expressed his suspicion and Mattia Binotto also thought it was against the rules. During and after the F1 test days the so-called "mirror war" arose, in which the teams discussed allowing the fins under the mirror. The fins create an aerodynamic effect and that is prohibited in a place that should only be of structural importance.

It has come to be called the "mirror war," but actually it is not about the mirrors but about the safety structure. The fins are built in a place that could potentially compromise the safety of the car. The safety does not seem to be diminished, as it has been decided that Mercedes does not have to remove the fins. According to Auto Motor und Sport there has been some discussion about how the F1 teams will proceed now. Indeed, there seems to be outrage at Mercedes getting away with an advantage. The teams don't have time to recreate this now; some cars have chassis that make it even impossible.

AMuS reports that three options have been discussed between the FIA and the technical directors. The first option is for the concept to be seen as a legal principle and for all teams to be able to replicate it. Since that is no longer possible for everyone, there is also option two; the rules are relaxed so that any team can recreate the concept. The third and final option is that the concept becomes illegal from 2023 and from then on no one is allowed to put the fins in that spot. Mercedes expects most teams to go for the third option, which will give the German racing team a slight advantage throughout the year. After all, the concept can no longer be rejected.