Chemistry student Ashley Mufushwa has been fined after police caught her drink-driving.

Officers spotted the 22-year-old behind the wheel of a Mercedes A160 in Fenton.

Magistrates at North Staffordshire Justice Centre heard they noticed the vehicle because its wing mirror was hanging off.

Prosecutor Emma Thompson said: "It was just after 4am when officers saw this defendant pull out onto Victoria Road. The vehicle's nearside wing mirror was completely broken and hanging by the door. The vehicle was swerving left and right on occasions.

"They stopped the vehicle. The defendant was driving and there were three other occupants in the vehicle.

"The defendant was spoken to. She stated she had clipped another car, causing damage to her wing mirror. She stated the other vehicle was undamaged."

Mufushwa, of Conway Street, Shelton, failed a roadside breath test and went on to give an alcohol reading of 68 micrograms in 100 millilitres of breath. The legal limit is 35.

She pleaded guilty to driving while over the alcohol limit. The offence took place on January 28.

Simon Collingham, mitigating, said it was the first time Mufushwa had ever been in trouble with the police.

"She is deeply remorseful and utterly ashamed of her behaviour. She is of formerly exemplary good character," he added.

"She lives in shared accommodation as a student. She is doing very well academically at Keele University, studying chemistry and mechanical chemistry. She is in the final year of her studies."

Magistrates imposed a £120 fine and disqualified Mufushwa from driving for 20 months, which will be reduced if she completes a drink-drive rehabilitation course.

Christopher Rushton, chairman of the bench, told her: "You have blemished your record. Let's hope you have learned your lesson." Mufushwa was also order to pay a further £169 in court cost and charges.

A 41-year-old man will appear at crown court to be sentenced for drugs offences.

David Bennion pleaded guilty at North Staffordshire Justice Centre to possessing the class B drug cannabis with intent to supply, and being concerned in the supply of the class B drug diazepam.

The court heard police had raided his home address after being tipped off he was growing cannabis. Messages on his phone revealed he had supplied diazepam.

Due to the serious nature of the offences, the case cannot be dealt with my magistrates. The case was adjourned and Bennion, of Quarry Avenue, Hartshill, will appear at Stoke-on-Trent Crown Court on a date to be fixed.

Drink-driver Andrea Beech was caught behind the wheel while more than twice the alcohol limit.

Police saw the 21-year-old driving a Kia Sportage in Reginald Mitchell Way at 2.30am.

Magistrates at North Staffordshire Justice Centre heard she was driving at a 'slow pace' and collided with the kerb and some barriers before stalling the car.

Officers spoke to her and she admitted she had drunk two double gins and lemonades plus another drink before driving.

She went on to give an alcohol reading of 88 micrograms in 100 millilitres of breath. The legal limit is 35.

Beech, of Lapwing Close, Packmoor, pleaded guilty to driving while over the alcohol limit on January 13. She has no previous convictions.

Robert Holt, mitigating, said: "She had been drinking earlier in the evening with friends and did not intend to drive. Later, there was a exchange with a friend and she thought she needed see him, so she drove to his property. It was a short distance.

"As a consequence of losing her licence, she will lose her job."

Mr Holt also read out a letter that Beech had written to magistrates. In it, she said: "I would like to apologise to the court, Staffordshire Police and all the road users I put in danger.

"I have received help with my mental health since the offence. I deeply regret my actions.

"I hope all involved will accept my truly heartfelt apology."

Magistrates imposed a £120 fine and disqualified Beech from driving for 22 months, which will be reduced if she completes a drink-drive rehabilitation course. She must also pay a further £169 in court costs and charges.

A 28-year-old man refused to cooperate with a police alcohol test after crashing his car on the M6. 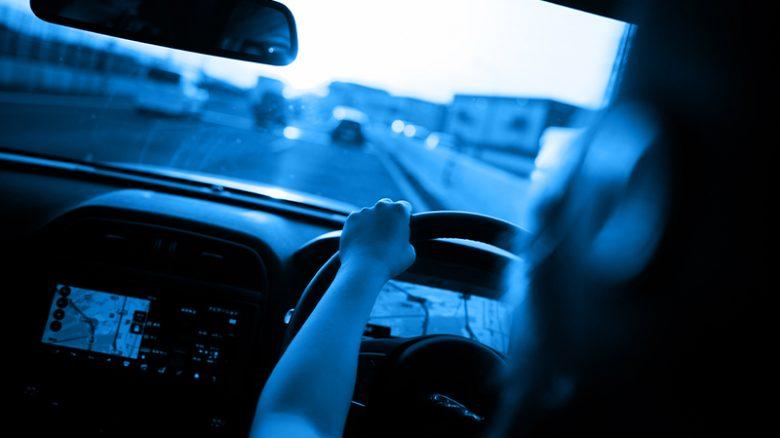 Jamal Smith's BMW collided with an HGV on the M6 northbound near Keele Services on January 2.

Police arrived to find Smith's car badly damaged on the hard shoulder. He was checked over by paramedics at the scene and gave an alcohol reading of 76 micrograms in breath - the legal limit is 35.

But he later refused to provide a blood sample that would be used as evidence for a drink-driving charge. Instead, he was prosecuted for failing to provide a specimen of blood.

Smith, of Bristol Road, Gloucester, pleaded guilty to the charge during a hearing at North Staffordshire Justice Centre. He has a previous conviction for driving while over the limit for drugs.

He was not represented by a solicitor in court, but apologised to magistrates for his actions.

Christopher Rushton, chairman of the bench, told Smith: "You are very fortunate that the outcome of this incident was as it was. We take this extremely seriously and find it crosses the custody threshold."

Smith received an eight-week prison sentence, suspended for 12 months. He must complete 200 hours' unpaid work and was disqualified from driving for 36 months, which will be reduced if he completes a drink-drive rehabilitation course. He must also pay £263 in court costs and charges.

Illegal driver Rudolf Farkas was caught behind the wheel while over the alcohol limit.

Police stopped the 41-year-old in Etruria Road, Hanley, after spotting him driving in the early hours of the morning without his headlights on.

Magistrates at North Staffordshire Justice Centre heard the father-of-five's vehicle was 'weaving in and out of traffic'.

He failed a roadside breath test and went on to give an alcohol reading of 60 micrograms in 100 millilitres of breath. The legal limit is 35.

Police found he did not have a driving licence and was therefore not insured to drive the car.

Farkas, of Glendale Street, Burslem, pleaded guilty to driving while over the alcohol limit, driving otherwise than in accordance with a licence and driving without insurance. The offences happened on January 18.

The court heard that Farkas, who is from Slovakia, had drunk two bottles of beer and did not think he would be over the limit.

Magistrates fined him £250 and disqualified him from driving for 18 months, which will be reduced if he completes a drink-drive rehabilitation course. He must also pay £169 in court costs and charges.

Drink-driver David Knapper has been slapped with a £740 court bill after he was caught by police.

The 36-year-old only had a provisional driving licence when he was seen behind the wheel without a supervising driver in the car.

He told magistrates at North Staffordshire Justice Centre heard he had been alone because his friend - who he had been driving with - had been arrested by police.

The court heard police stopped Knapper in Hope Street, Hanley, at 10.30pm on January 31. He gave an alcohol reading of 43 micrograms in 100 millilitres of breath - the legal limit is 35.

Knapper, of Blurton Road, Blurton, pleaded guilty to driving while over the alcohol limit and driving otherwise than in accordance with a licence.

He was not represented by a solicitor in court, but said: "The person I was allowed to drive with was arrested that night. I was trying to get my car back to my house. I should have just left it."

Magistrates gave him a £550 fine and disqualified him from driving for 14 months, which will be reduced if he completes a drink-drive rehabilitation course. He must also pay a further £190 in court costs and charges.

Want to make sure you never miss the most important headlines from Stoke-on-Trent daily?

If you have an email address, then you're sorted.

All you need to do is sign up to our daily email alerts, and you'll get them sent straight to your inbox.

Our newsletters are sent out in the morning, afternoon and evening. They're a digest of all the most important local headlines of the day in an easy to read format. We will also send you breaking news alerts, so you'll get the news when it happens.

What do I have to do?

All you need to do is follow this link and click which newsletters you want to receive. And there isn't just the main news email - there are Stoke City and Port Vale newsletters, our Way We Were nostalgia weekly email, and many others that might be of interest.

Am I stuck with it once I sign up?

We know how irritating it is to find your inbox filling up with emails you don't want. If you decide you don't want to receive the newsletters any more, just click the unsubscribe box and you won't get them again. But you can always sign up again whenever you like.

Will it cost me anything?

No, the newsletters are absolutely free. All it'll cost you is the time to input your email address and chose which newsletters you want to receive.

Certainly. Click this link and you'll see what you can expect.