11-year-old girl diagnosed with gonorrhea after a visit to a hot spring: case report

TORONTO, Ontario (CTV Network) —An 11-year-old Austrian girl who contracted gonorrhea after bathing in a hot spring serves as a reminder to authorities investigating similar cases that these types of infections are not always an automatic indicator of sexual abuse, a new case study suggests.

The report, published in September in the Journal of Medical Case Reports, details the case of an 11-year-old girl who was diagnosed with gonorrhea two weeks after a family vacation to Italy in August 2020.

The family had spent some at some hot springs next to a crater lake known as Specchio di Venere, or “Mirror of Venus,” on Pantelleria Island off the coast of southern Italy.

Two days after the visit to the hot spring, the girl started to develop some itching and burning, which was alleviated with some antifungal cream, but after the trip she visited a pediatrician who was able to diagnose her with gonorrhea following some testing.

“The child adamantly denied any sexual contact,” the authors wrote in the case study. “The family had been travelling together on holiday when the symptoms started, and there was no evidence or opportunity identified for sexual transmission. It was therefore concluded that she must have acquired the infection from pool water contaminated by gonococcus.” 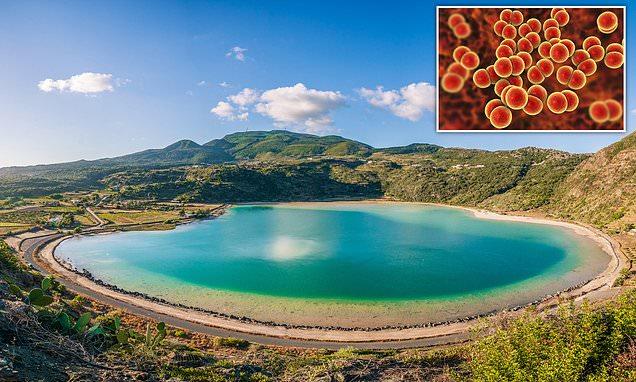 The child was treated for the infection and eventually made a full recovery.

The authors indicate that this case study is an example of why authorities should not automatically assume sexual abuse in these types of cases.

“A presumption that a gonococcal infection is diagnostic of sexual abuse can be dire, with children wrongfully removed from their parents’ care, and their caregivers facing false charges of sexual crimes,” the study states. “Our case serves to illustrate that the very uncommon diagnosis of gonorrhea in a child may be the result of nonsexual transmission of the infection, and that contaminated hot pools are a very rare source of infection that should be considered.”

The study indicates that there have been cases in Canada, Australia, New Zealand, the United States and Denmark, where experts have told the court that genital gonorrhea in a child could only have occurred through some form of sexual activity, when it was later revealed that the infection actually spread through non-sexual means.

Children’s hospitals have in the past linked gonorrhea outbreaks to common baths, towels, wash rags and diapers, to name a few. Other cases have linked transmission to contaminated toilet seats and shared beds.

As for hot springs, the researchers note that the warm, acidic water, in addition to the mineral content found in these pools, could potentially increase the survival of the bacteria.

“This rare event is likely due to a number of unique factors, including the timing of the child’s bathing in relation to that of an infected visitor, but those using these pools need to be alerted to the possibility of such exposure, including the risk of possible conjunctival infection, on occasion,” the researchers note.

Please note: This content carries a strict local market embargo. If you share the same market as the contributor of this article, you may not use it on any platform.