Kirti, a class 9 student, believes she has a good habit of not using the school toilet. On the contrary, however, this habit has proved to be bad for her – she has contracted urinary tract infection (UTI) twice in the past one year.

Kirti holds the urge to use a toilet until she reaches home – a habit many other girls like her have and suffer with infection.

The reason for women and girls holding back the urge to urinate is mostly dirty toilets.

“The bacteria count doubles if a person holds back the urge to urinate for up to four hours. This can lead to spread of infection and cause UTI,” said Dr Darshana Kapoor of Healthcity Hospital. 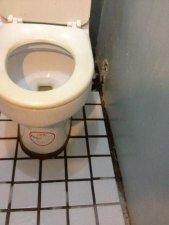 “School girls often have to miss classes when they get UTI and once they get sick they become more afraid of using toilets in school. The result is either they drink less water or hold the urge to urinate, which allows bacteria to multiply,” said Dr Nilam Singh, a gynaecologist.

Prof Vinod Jain, senior faculty at the King George’s Medical University, says: “In India, 80% of women suffer with urinary tract infection once in a lifetime.”

Every week at least two cases of UTI come in the OPDs, said Dr Darshana Kapoor. He said in many cases of repeat infection women go for self-medication, which is not correct.

Dirty toilets at public places are either giving infection to women or compelling them to hold the urge till they reach home, which also causes medical problems to them, say doctors.

The doctors said western style toilets, that are more common these days, spread infection faster as body contact is essential while using them. “Cleaning the toilets is a must. If it is a public toilet it should be cleaned several times a day,” they say.

“If public toilets are kept clean, no one will mind even paying to use them. The only requirement is to keep them clean so that they do not spread infection among users, particularly women, who are vulnerable to infection.”