Flushing out COVID spread: wastewater signals can be useful tool as testing declines

With some jurisdictions limiting PCR testing for COVID-19 and others increasingly overwhelmed by diagnostic demands, experts have stressed that daily case counts no longer paint the full picture of viral levels within communities.

But what we flush down the toilet may give us a better understanding of COVID-19's prevalence.

Researchers across the country have been undertaking wastewater surveillance since early in the pandemic, looking for trace amounts of the virus in sewage to see how it's spreading.

Those involved in the laborious process say it's not a perfect measurement of COVID-19 levels, but it can help show where viral activity is propagating.

And when testing capacity is overrun and cases are underreported, wastewater surveillance becomes particularly beneficial, they say.

“Right now we've got this problem where we've hit the limit for getting tested,” said Mark Servos, a University of Waterloo researcher involved in surveillance at a number of Ontario sites. “But wastewater doesn't care whether there's clinical testing occurring or whether people are symptomatic or asymptomatic.

“Everybody who poops into the pipe, we're going to include them in our analysis.”

Ontario announced Thursday it was tightening eligibility for PCR testing, reserving the publicly funded diagnostic for high-risk individuals who are symptomatic and those most vulnerable to severe disease.

Manitoba this week said it was limiting PCR availability at testing centres, instead handing out take-home tests at those sites and asking people to return only if their self-administered result is positive.

The measures, meant to conserve a finite amount of PCR's, will lead to underreported cases at a time when the more transmissible Omicron variant is rapidly spreading.

Dr. Christopher Mody, an infectious disease expert with the University of Calgary, said PCR's may only be uncovering “1 in 6 or 1 in 8” actual cases. But that number could be exacerbated by people relying on results from rapid tests that aren't officially logged and those not getting tested at all.

“We need to know what that number is,” he said, adding that wastewater may help fill in some gaps.

“What I would say is wastewater is an extremely valuable tool to assess the burden of illness.”

Monitoring weekly trends in wastewater can not only indicate how much virus is circulating, but which variants are driving transmission.

Data from Saskatoon showed an 87.7 per cent increase in viral load in the city's wastewater last week, including an 808.2 per cent bump in detected traces of Omicron. 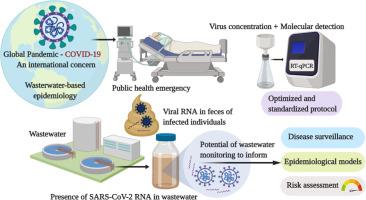 The process of wastewater surveillance involves collecting samples at water treatment plants and cleaning them to isolate and measure trace levels of COVID-19 particles.

Servos called it a “tricky” and “tedious” endeavour, but results can be turned around within hours.

Samples are collected daily in some jurisdictions, including Ottawa which started its program in April 2020. Others fetch and analyze sewer specimens a few times per week.

“We're seeing the concentration in the wastewater is increasing,” said Robert Delatolla, a civil engineer at the University of Ottawa who monitors water samples.

“Daily numbers stopped skyrocketing because we were doing less testing ... but the wastewater kept going up,” he said.

“While the number of (PCR) tests we do (tops out), wastewater is unaffected. So in that sense, its value is really being seen right now.”

But as some provinces ramp up wastewater surveillance, Quebec recently scaled back.

“There was no funding to continue,” she wrote in an email, adding that her team had observed a “rapid rise of SARS-CoV-2” in Montreal's wastewater before the project was halted.

The practise of wastewater surveillance isn't new in the era of COVID-19, having previously been used around the world to monitor polio.

But while Delatolla and Servos say wastewater surveillance is a useful, additional tool, there are drawbacks to the process. Surveillance can only show what's happening in the specific locales being monitored, rather than entire provinces.

Wastewater data also can't indicate the severity of cases, though Delatolla noted there's been less concentration of COVID-19 in some areas' sewage compared to the Delta wave last spring, which could reflect lower viral loads being shed by a now highly vaccinated public.

Variation in wastewater due to environmental factors, including melting snow running down sewers, can further dilute samples, Servos said, while analysis can also be hampered by lab capacity.

“We're not commercial labs. We're university labs,” he said. “We can do (tests) fairly quickly, but it takes a lot of labour ... and it's difficult to keep up on a routine basis.”

“If you start to see a spike in a particular community, you can anticipate that cases will follow fairly quickly,” he said.

This report by The Canadian Press was first published Jan. 1, 2022.