These disgusting images show how bacteria can be propelled from a toilet when you don’t shut the lid.

One flush of the toilet produces thousands of tiny aerosol droplets that can contain bacteria and viruses, and contaminate surfaces up to six feet away.

Research has revealed 55% of British adults don’t close the lid when flushing the toilet, despite almost three quarters saying they are more hygienic than ever before.

In this eye-opening series of pictures, high-speed cameras have captured droplets and particles being fired from a toilet.

What looks like a firework going off is actually aerosol droplets getting catapulted into the air. 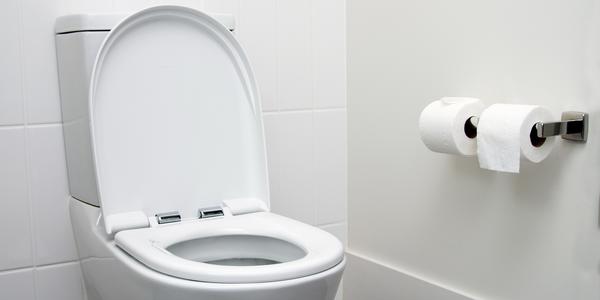 And these potentially contaminated droplets can fly onto other bathroom surfaces and even into people’s faces.

If a person touches a contaminated surface, they can then become infected when they touch their nose or mouth.

When asked why they do not close the lid when flushing a toilet, the top reasons from respondents include being unaware of the risks (47%), feeling afraid to touch the lid (24%) and general forgetfulness (15%).

However, almost all of the 2,000 respondents (95%) said they will start to close the lid after being made aware of the risks.

The research commissioned by Harpic revealed Brits are already taking important steps in ramping up their cleaning efforts.

Cleaning the toilet bowl (49%), deep cleaning the bathroom more frequently (45%) and mopping the floor (44%) are the top things the nation has started doing more of over the last six months.

Get in touch with our news team by emailing us at webnews@metro.co.uk.

For more stories like this, check our news page.

Not convinced? Find out more »