The commercial also reveals that this is a secret government conspiracy, as anyone attending the WBF Championship live will be exposed to Agent Orange. It’s either that, or their self-tanner is powder-based.

One day I hope I’m in such good shape that when I wiggle my thigh it throws Cheeto dust everywhere. 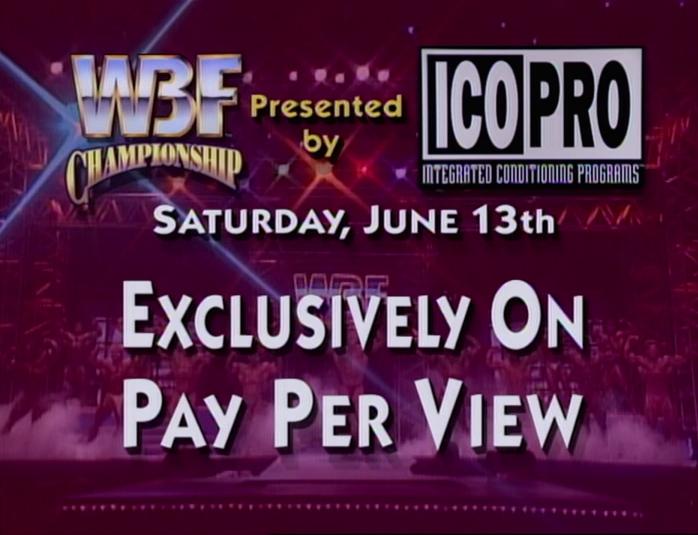 Believe it or not, this week’s Jobbers of the Week features two (2) future WWF Tag Team Champions.

The first is Scott Taylor, seen here looking like the My Buddy version of Rockers Shawn Michaels. It seriously looks like Trey Parker showed up in some pajama pants to fight The Berserker.

Scott sticks around on enhancement talent duties until the Attitude Era, when he’s paired up with Brian Christopher in the gay panic tag team “Too Much.” That eventually morphs into an equally offensive white rapper gimmick, and when they’re randomly paired with a Samoan guy with his ass hanging out they become one of the most popular and beloved acts in the company. He was still on Raw and NXT deep into the 2010s because he added theatrics to a chop involving a basic breakdance move that asked people to chant-spell a word. Some people just have it all figured out.

The second is Glen Ruth, whose haircut, mustache, and Trapper Keeper underpants made it look like his gimmick is, “guy Chris Hansen would ask to take a seat right over there for him.”