A leaking pipe has led New South Wales police to a 220-kilogram ice haul along with $1.15 million putting a Sydney-based drug dealer under the spotlight.

The massive haul has an approximate street value of $44 million and was discovered by a plumber who attended a unit to repair a leaking pipe.

The plumber was fixing a toilet pipe at the south-west Sydney unit when he spotted a crystal-like substance along with large quantities of cash in an open cupboard.

Stay up-to-date on the latest news with The NSW Briefing - keeping you in the loop with the region’s breaking news as it hits.

According to Detective Acting Superintendent Stuart Gordon, the house was likely being used as a “safe house” for the drugs.

Detective Acting Superintendent Gordon said the discovery would have been shocking for the plumber. 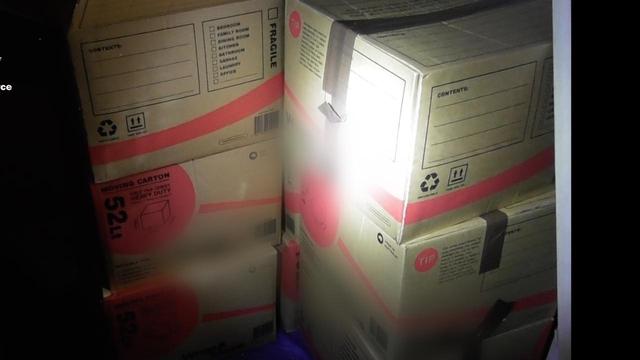 "No tradesman really anticipates going to work on any given day and tripping over hundreds of kilos of drug and cash, certainly a good story for some people to tell I'm sure," he said.

Police were called to the scene where they performed a thorough search of the apartment and a storage garage in the basement.

Police managed to uncover 15 cardboard boxes full of crystal meth, along with 95 grams of MDMA, 35 grams of cocaine, chemicals for the production of drugs and $1.15 million in cash found inside of a grocery bag.

According to Detective Acting Superintendent Gordon said the people storing the drugs are part of an organised crime circuit.

"220 kg of drug is a lot of drugs in anyone's language and when we're talking these quantities of drugs and cash you're looking at organised crime," he said.

"We would say people involved in organised crime and moving this quantity of drugs are a risk to the public every day of the week."

Police are currently searching for a man who they believe could assist with their investigation.

Stay up-to-date on the latest news with Your Morning Agenda - supported by a network of local journalists from all major Australian cities, ensuing timely and first hand insights on local stories:

Download LiSTNR and enjoy a new world of audio. All your favourite shows and stations in one library.