Claims of toilet paper and food packaging shortages over firms restricting production due to soaring energy costs have been shut down by a Leicester firm.

The chief of the Confederation of Paper Industries called for a “temporary winter cost containment measure” to help companies in the sector with costs going “through the roof”, after wholesale gas prices surged to a record high on Wednesday.

But Leicester Tissue Company, which is owned by Accrol, said it is "business as usual" and plans for production have not changed.

Gareth Jenkins, CEO of Accrol Group Holdings, said: “Whilst we can’t predict the future, it’s currently very much business as usual at all our operations. Production is continuing as normal and we have good stocks of tissue.”

The claims come after industry bosses warned some firms may wish to protect their finances.

Andrew Large, director-general at the Confederation of Paper Industries, said its members are being “affected very, very severely” by the cost increases.

He told BBC Radio 4’s Today programme: “They’re seeing their costs go up through the roof. 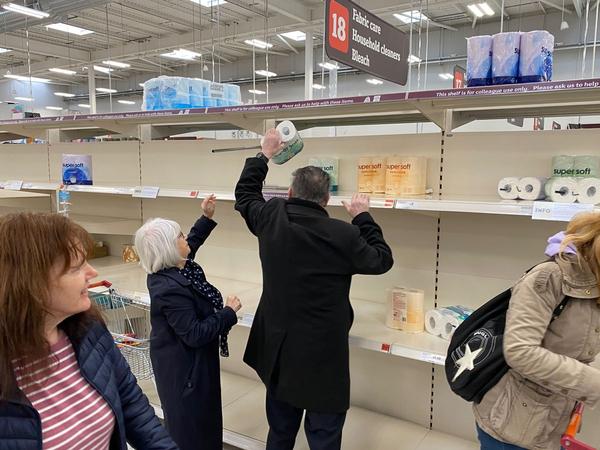 “It’s damaging their profitability and in some cases it’s causing them to manage their production rates so as not to expose themselves to the very, very highest costs.”

Mr Large said the cost rises were impacting a variety of important sectors, including food packaging, toilet tissue and the production of sterile medical packaging.

Wholesale gas prices surged to a record high this week before dropping back after Russian President Vladimir Putin said the country would stabilise the market.

And the UK’s ceramics sector said some businesses could be forced to shut down production due to high energy costs.

Laura Cohen, chief executive of the British Ceramic Confederation, told the BBC that energy prices are affecting the viability of firms.

She said: “As the high pricing extends, more members are likely to be forced to stop production due to uneconomically higher energy costs.

“But we’re also concerned the prices reflect the market’s views about the physical availability of gas over the winter.

“In the event of national supply shortfall, our members are near the front of the queue to be forced off the gas network while households are last, and this can happen at very short notice.

“A forced quick shutdown runs a very high risk of severe damage to brick kilns, which can be 100 metres long, operating over 1,000C, and that can threaten business viability.”

Rising energy costs are also expected to hit everyday Britons, with analysts predicting bills could rise by 30% next year.

For more stories from where you live, visitInYourArea