Mums are going wild over a very unlikely hack for banishing flies for good during summer - with no chemicals at all.

Sharing on Facebook groups in the UK, DIY fans have revealed how they “haven’t seen a fly for weeks” since trying the simple trick.

The hack involves placing a handful of coins in the bottom of a zip-lock bag and filling it with water and sealing.

For more Cleaning related news and videos check out Cleaning >>

You then tie the bag above your back or patio door - or anywhere you expect to see flies - to keep the pesky insects at bay.

It’s believed that the water and coins create a prism that reflects colours and “projects the image of water”. 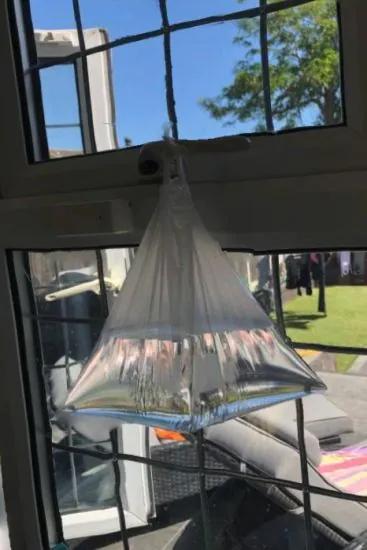 Given that flies don’t like water or the colours given off by the coins, it works well to repel the insects.

It’s also claimed that a fly’s compound eyes make the bags looks like a “giant body of water” which is even more of a deterrent.

Many have revealed how well the hack has worked for them.

“I have no idea how or why this utter witchcraft works, but it does!” said one.

“We live on a working farm and two days ago were being driven nuts by big buzzy flies, put this up and they have literally vanished. Not even dead on window sills just vanished!”

Added another: “Mine did too! Totally didn’t believe in it and neither did my husband and now ... bags with coins on every door!”

Said a third: “Tried the coins in the bag with water trick - no flies for two weeks now!”

Added one more: “This definitely works! Tried it for the first time yesterday, amazing!”