Remember Crabs? Turns Out They Didn't Disappear Along With Our Pubes

For much of the mid-20th century, whenever people spoke of the risks associated with sex, there was a good chance that they would mention pubic lice, better known as crabs. The parasites, which need to cling to the roots of our body hair—especially our pubic hair—to breed, suck our blood, and cause intense itching, were associated with hairy, virile, hippie-style sexuality, according to medical entomologist Ian F. Burgess. Rumors ran rampant that crabs were legion, lurking on public toilet seats and waiting to infest unsuspecting groins. They were also a regular focus of crass humor: As late as 2004, when Dave Chappelle aired Kneehigh Park, a Sesame Street parody sketch wherein puppets taught kids about STIs, he and his team made Muppetized versions of three ostensibly well known afflictions: Gonorrhea, herpes, and crabs.

“Public lice, Phthirus pubis, or crabs as they are more commonly known,” the Australian medical entomologist Cameron Webb wrote in 2016, “were once thought to be one of the most contagious sexually transmitted infections.” Yet despite the place they long occupied in pop culture and sexual dialogue, crabs have faded from mainstream—and medical—consciousness in recent years. By 2013, less than a decade after Chappelle’s sketch, comedian Jessica Williams labeled them “a relic of a bygone era” and John Waters lamented the fact that cases of crabs seemed to be growing less common in a popular Daily Show segment. (It was almost a romantic disease of the past, Waters sighed, because you shared it with someone you loved and it wasn’t too dangerous.) Two years ago, when VICE ran a primer on spotting and treating crabs, writer Eric Spitznagel opened the piece by musing: “When it comes to worrisome STDs, pubic lice … probably aren’t on the top of your list. Who gets crabs in 2017?”

So what, exactly, happened to crabs? How did they go from a fixture of sex rumors, humor, and education to an obscure, half-remembered malady?

One common narrative holds that pubic lice fell off the radar because people don’t catch them as often anymore, courtesy of the modern war on pubic hair. This belief stems from a handful of studies published since 2006, in which doctors noted that they saw fewer crabs in their clinics, yet more chlamydia and gonorrhea, from 2000 on, just as pubic waxing, shaving, and other forms of grooming took off in the West. Notably, in the 2014 paper “Pubic Lice: An Endangered Species?” a team of British doctors noted that from 2003 to 2013, they saw a drop of incidences of crabs among their patients from 1.82 to 0.07 percent, just as they saw a rise in patient pubic hair removal from 33.2 to 87.1 percent. This link makes some intuitive sense: If crabs have nothing to grab onto, they can’t live on you.

But the idea that a wave of Brazilians was simply wiping out crabs, no matter how established among sexual health experts, doesn’t hold up well to scrutiny. For starters, this is hardly the first time that a human culture has embraced pubic depilation. This spring, an analysis of anthropological and historical texts identified dozens of non-Western societies that have practiced widespread pubic hair removal. And there’s plenty of historic evidence of crotch-clearing in the West on and off from antiquity down to the 19th century, at times explicitly to combat crabs. These practices could have had some effect on pubic lice transmission rates. But they certainly didn’t stomp out cases throughout a given society, or in the long term; pubic lice have been with us for about three million years. And most trends, like pubic depilation, do eventually expire. There’s already some evidence that pubes have, over the last five or so years, re-entered the cultural vogue in the West, so any effects of grooming trends on the modern prevalence of pubic lice may be short-lived.

The extent of modern pube-grooming and its effects on pubic lice may be overstated, as well. True, plenty of studies have found that the bulk of women and a smaller majority of men in the West have, at some point, engaged in pubic hair removal. But only a portion of people who explore genital grooming remove all of their hair and so render themselves less vulnerable to crabs. And most studies on pubic hair habits only ask if people have ever dabbled in hair removal; limited studies on people’s long-term habits suggest that relatively few shave, wax, or otherwise remove their hair consistently over long periods of time.

Major public health organizations do not collect population-level data on crab infestation rates. A representative for the Centers for Disease Control and Prevention, Michelle Hutchinson, told me this is because “they do not transmit disease.” Irritation and scratching can lead to secondary infections, but crabs are more personal pests than they are a public health concern. Most studies on pubic lice prevalence rely on data from one or more clinics. These clinics may well be frequented disproportionately, thanks to cultural or economic factors, by demographics that engage in more pubic hair removal. (Young, white, college-educated, middle-to-upper-class women do far more genital grooming than other demographics, skewing overall population figures.) In one study, two-fifths of people who removed their pubic hair said they did so specifically before doctor’s visits. Peter Leone, an STD specialist at the University of North Carolina – Chapel Hill, also noted that in order to detect a case of crabs, a doctor actually has to look at a patient’s genitals. That's less common these days than it used to be, as clinics lean on more indirect STI detection methods like urine testing or self-administered genital swabs. So there’s a good chance that studies that have spread the myth of the endangered pubic louse are flawed.

“Prevalence rates probably haven’t changed that much” over the past few decades, said Leone. Major studies, looking beyond isolated clinics in the West, suggest that, at any given time, between two and 10 percent of us have crabs, depending on the region and demographics, with millions of new US cases every year. 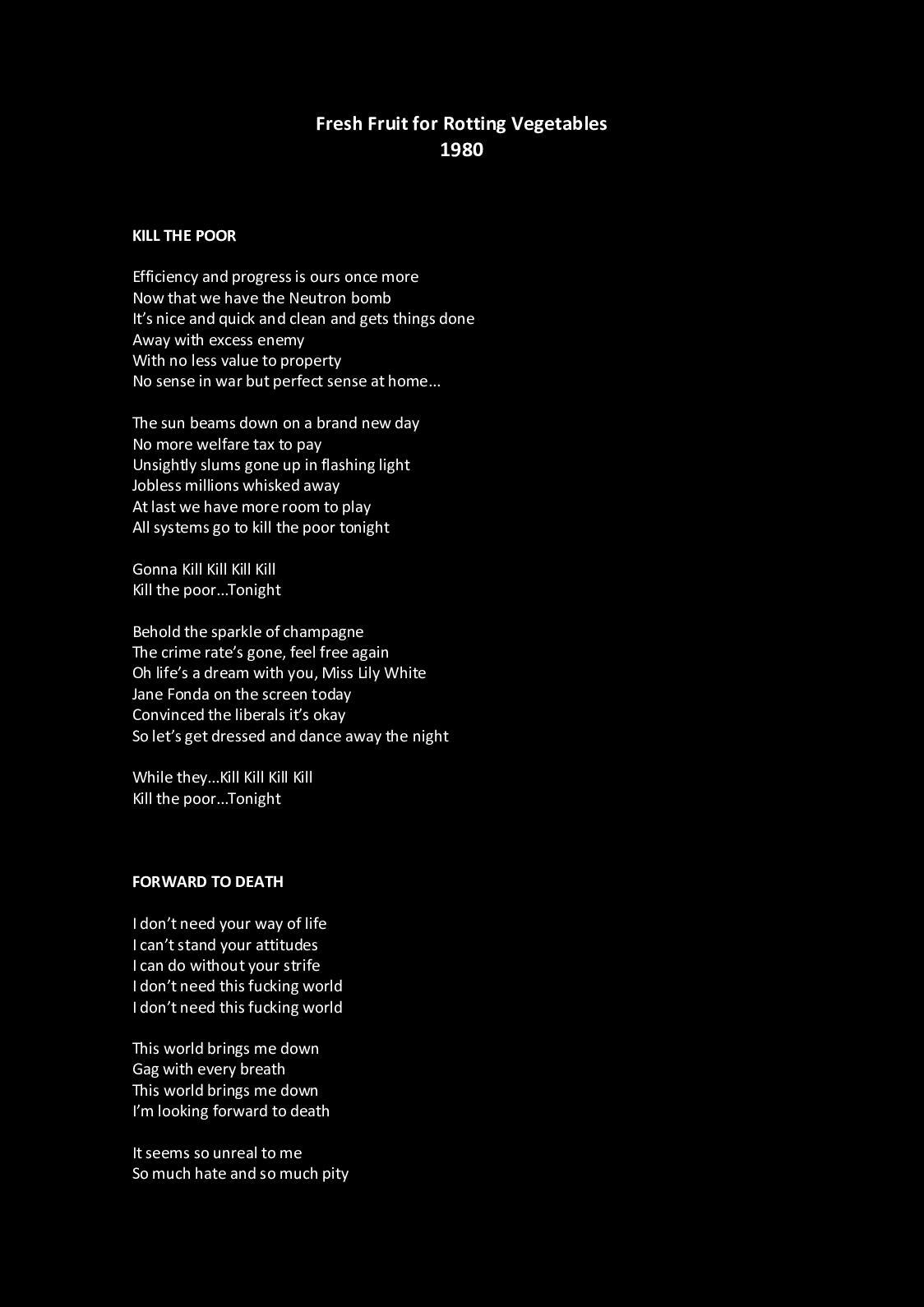 Though crabs have likely been a topic of conversation (and humor) as long as humans have had sex, some suspect our focus on them may have been artificially inflated in the 70s on, thanks to a series of profile-boosting medical case studies. Some of these studies, Burgess said, “flagged up that they could be an indicator of other STIs”—a canary in the sexual coal mine, which briefly elevated them from a nuisance to a topic for serious scrutiny.

But our cultural and personal bandwidths for thinking and talking about sexual health issues are limited, and, as Leone pointed out, over the last three decades, we’ve found many more pressing and potentially deadly issues to preoccupy us, including HIV/AIDS, the resurgence of STIs like syphilis, and the emergence of multi-drug resistant strains of gonorrhea. “No one’s dying from pubic lice,” said Leone, “so it has gotten squeezed off the page.”

We also now have Dr. Google on call 24/7, and crabs are relatively easy to self-diagnose (you can see nits or egg sacks in your pubes, their powdery black feces in your underwear, and/or blood stains and itchy irritations on your groin) and treat (often using highly effective over-the-counter medicated shampoos).

It's also likely, Leone said, that we’ve shifted our conversations about crabs online because they particularly wig us out: They’re creepy-crawlies on our bodies tied to sex—a ton of taboos all rolled up in one. It follows that people might gladly grab onto online resources as excuses to stop talking about them in the real world. (When Wired looked at Google searches from 1997 to 2014, they saw only a slight drop in crab queries over time.)

However, Leone thinks that we shouldn’t be so quick to let crabs fall out of sight and out of mind. They are a fact of life, he said, with no reflection on one’s character, hygiene, sex life, or pubic grooming. Sure, it's easiest to catch them through skin-to-skin pubic contact with a person who has them. But crabs can live for up to 36 hours in clothes or bed linens and spread via sharing of those objects. They can also live in, and spread through, other sparse hairs, like beards, eyebrows, or eyelashes.

Keeping crabs in public discourse in a neutral, non-jovial or fear-mongering way, could prepare people for the possibility of encountering or contracting them, or reduce some shame-based barriers to going to a clinic if over-the-counter treatments and online tips don’t work for them. (Eyelash infestations, which can lead to some more serious or uncomfortable eyeball irritations, ate tricky to treat without a doctor's help, and most widely available solutions aren’t recommended for very young children or pregnant or nursing women.)

So let’s talk about crabs, baby. No matter how little time we spend thinking about them, or if choose to believe that we’ve almost eradicated them, they’re here, creeping and crawling in the corners of the sexual world. There’s no good reason to ignore that reality—save a vague, silly sense of ew.

Sign up for our newsletter to get the best of VICE delivered to your inbox daily.