Spring Ahead: Football Gets Back To Work

MOUNT PLEASANT, Mich. – the excitement of a Sun Bowl victory over a Power 5 opponent, the highest victory total in more than a decade, and a five-game season-ending win streak are in the rearview mirror. Time to look ahead. The Central Michigan football team is set to kick off spring practice on Saturday and, as is the case in any given year with every program in the country, there are plenty of shoes to fill and position battles to play out. And while football coaches are notorious for focusing on what's ahead, the residual effect of the 2021 season is evident, coachJim McElwainsaid. "When we had our first meeting when we came back from Christmas Break and I walked into the team room, there was energy on the young faces in that room, and guys that are eager because there's opportunities now," said McElwain, who guided CMU to a 9-4 finish in 2021, his third season in charge of the program. McElwain has put CMU on an ascendent course since his arrival in 2019, when he led an incredible turnaround, winning the MAC West and finishing 8-6 and reaching the Mid-American Conference championship game after a 1-11 season in 2018. McElwain's Chippewas finished 3-3 in the COVID-ravaged 2020 season and then went 9-4 in 2022, sharing the MAC West crown, and beating Washington State of the Pac-12 in the Sun Bowl for CMU's first bowl victory since 2012. The nine wins was the program's most victories since the 2009 team finished 12-2. "The two full seasons we've had, to be able to win the West and then tie for the West, what's our next step?" McElwain said. "That's really the challenge with these new guys: What's the legacy of the 2022 team going to be?" First and foremost, the Chippewas must replace a number of standouts, several of whom have a legit chance to play next season on the professional level. Among them are offensive tacklesBernhard RaimannandLuke Goedeke, wide receiver/punt returnerKalil Pimpleton, wide receiverJaCorey Sullivan, safetyGage Kreskiand defensive endTroy Hairston II. "We obviously lost some incredible players and guys who had a lot of production and played a lot of games for us," McElwain said. "I'm going to credit the guys that are leaving the program right now for establishing a certain expectation on how the Chippewas should play the game of football and my hat's off to those guys." The cupboard is hardly bare, and McElwain and his staff will look to several players who have played key roles last season to assume the critical leadership mantle both on the field and in the locker room. Among those who return – the core around which McElwain and his staff will look to build – are quarterbackDaniel Richardson, running backLew Nichols III, centerJamezz Kimbrough, tight endJoel Wilson, linebackerKyle Morettiand defensive linemanThomas Incoom. "Now here's a chance and you can see the excitement where, 'Hey I've got a chance to maybe step in and get some more reps,'" McElwain said. "We're going to have a lot of new faces and we lost a lot of production, but it's an opportunity. What I'm looking for, really, is those young guys learning to communicate and when we get out there and each unit is working together which is the next step in the maturation process of those guys. It'll be fun to see. "This is really an important spring ball for us. We're definitely headed in the right direction. I'm actually satisfied in some ways and yet our expectations are now to take that next step; not only get to Detroit (for the MAC title game), but I think it's important that we then go finish. Time will tell." It always does. Print Friendly Version 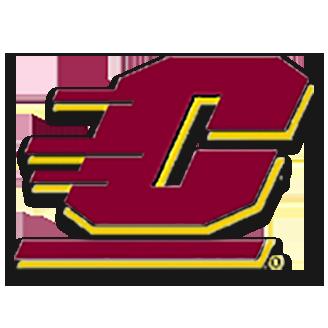