A woman was left terrified after discovering a massive 4ft python in her TOILET.

Laura Tranter thought she was 'hallucinating' when she popped to the loo and spotted the huge reptile in her Black Country home.

The 34-year-old was so shocked she ran to reveal all to her friend who was convinced she was drunk.

Laura, who lives in Stourbridge, said: "I woke up at half-past five in the morning to go to the toilet, and it was just there.

''It scared the hell out of me, I nearly sat on the thing. Its head was just resting on the seat.

"I shut the toilet door and thought, have I really seen that, so I double-checked if it was real - but I really thought I was hallucinating.

"I went around my mate Sarah's house at half five in the morning in my dressing gown and trainers. She was so confused she asked if I'd been drinking.'' 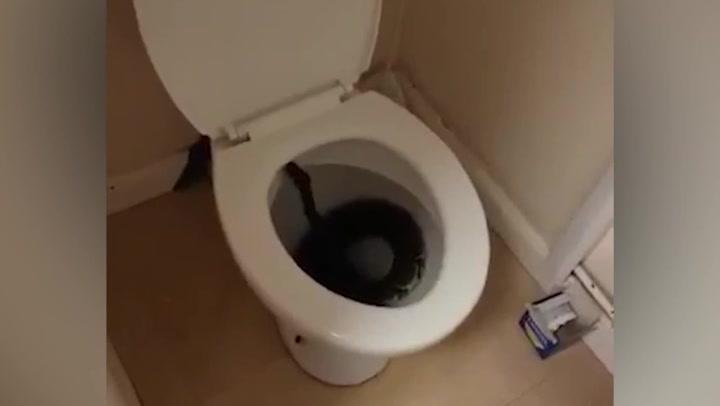 We are giving a free iPhone13 Pro to one lucky person who signs up for our newsletter - you can enter here.

Laura said she called the RSPCA for help but it was closed so improvised with washing-up liquid to help free the trapped snake.

She added: "My mate's brother, Dan, is really interested in spiders and snakes and stuff so I called him and he got his friend who lived twenty minutes away, Steve, to come and get it out.

"It was actually stuck in my toilet, because it was so fat in the middle that it couldn't get out and couldn't get back.

"We couldn't actually get it out, so we had to put washing up liquid down the toilet and then flush it to help get it out.

"Steve and Dan think that someone might have let it out after keeping it as a pet and deciding they didn't want it, and it had got into the sewer somehow.

The snake, which was found on Saturday, has now been handed to the RSPCA.

Stay abreast with the very latest from the region with our Black Country Email Updates.