Alpine Team Elf scored a dominant victory in the 2022 FIA WEC season-opening 1000 Miles of Sebring which ended under safety car conditions after being stopped three times due to incidents and the threat of adverse weather.

The first of the three stoppages came just before the halfway mark after Jose Maria Lopez had a big shunt in the No. 7 Toyota Gazoo Racing GR010. The incident occurred while Lopez was leading the race and trying to pass the No. 88 Dempsey Proton Porsche of Julien Andlauer. Lopez tagged the Porsche while going around the outside after the exit of Turn 7 and was spun off into the barriers.

Lopez continued, thinking he had little damage and he could nurse the car back to the pits. Unfortunately, moments later the nose dropped shortly after he got up to speed, sending the Toyota head-on into a set of tire barriers where it was launched into a rollover. Thankfully Lopez was able to walk away unscathed.

Toyota’s Alex Wurz said, “First of all, Jose is out of the car — he is OK with no pain. This is good news. This is what we see sometimes in WEC. He clipped the tail of the car, said on the radio it was okay to continue after his spin. He accelerated, the nose came down because of the impact, he couldn’t steer and he went straight into the tire wall. Thank God he is OK and the safety of the car is good.”

Andlauer said he felt it was a misjudgement from Lopez. “I stayed on the inside. He came across me and must have thought he was past me. It was very bad for both of us,” he commented.

Later in the race the red flags came out again due to the threat of thunderstorms with just over an hour to go, then for a third time after a brief return to the circuit for the cars under safety car. The race eventually ended behind the safety car following one final attempt to get the race restarted before the heavy rain arrived.

Le Mans Hypercar was perhaps the least action packed of the four categories. Alpine had pace all weekend and ran off from the start. Andre Negrao, Nicolas Lapierre and Matthieu Vaxiviere didn’t put a foot wrong all race and proved to be untouchable, taking the early lead in the points tally as a result.

“It was a tough race. We expected this. We started on the right foot. With red flags too it was hard for all of us. This is crazy!” Said Negrao.

“The red flag at the end wasn’t good for us. We are thankful it didn’t restart!” Lapierre added.

Behind, Toyota’s No. 8 crew of Brendon Hartley, Ryo Hirakawa and Sebastien Buemi feel relieved to have salvaged a second place after the sister car’s dramatic retirement and further misfortune during the red flag. The No. 8 team was forced to pit for emergency service before the race restarted and take the minimum amount of fuel while the pit lane was closed, then pit again shortly after the green flag for a full service. This cost them a huge amount of time which they were unable to recover from.

Third, and scoring its first FIA WEC overall podium, was Scuderia Cameron Glickenhaus. Jim Glickenhaus’ single 007 LMH proved to be both quick and reliable this week. Despite issues over long stints tyre temperature in the heat, the car looked strong and survived a tough race on the punishing Sebring circuit. Another encouraging performance from the small privateer outfit up against automotive giants.

In LMP2, United Autosports’ No. 23 ORECA of Paul Di Resta, Oliver Jarvis and Joshua Pierson was the class of the field en route to a relatively comfortable victory. The WRT ORECAs, sister No. 22 United example, PREMA’s machine and the pair of WRT cars all showed flashes and threatened to challenge for the victory, but ultimately were unable to overcome the No. 22 crew who set the pace throughout.

“What an incredible result. We came with anticipation, with Josh’s first race as the youngest WEC driver ever. I am ecstatic,” Jarvis explained.

“It’s unbelievable to come away with the win in my first race,” the jubilant 16-year-old Pierson said. 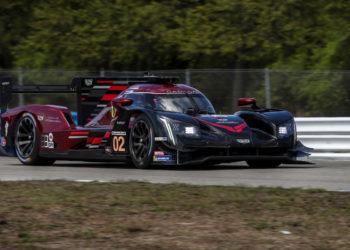 The No. 31 WRT ORECA finished second, Robin Frijns looking on course to reel in Di Resta for a grandstand finish, before red flags cut his effort to snatch the win short. The PREMA Orlen ORECA completed the podium in its first WEC meeting. PREMA looked capable of challenging for the win early in the race but suffered poor luck under the first red flag as the team had worn tyres when the race restarted and lost a lot of time out on track.

Instead, the REALTEAM WRT ORECA was promoted to the final podium place making it a double-podium for the Belgian outfit.

Further down the order in LMP2, it should be noted that eight-time WRC Champion Sebastien Ogier made the finish in the No. 1 Richard Mille Racing ORECA, finishing 12th in class along with Lila Wadoux and Charles Milesi.

It was also a tough race for Team Penske in its first WEC start in LMP2. Manu Collard, Dane Cameron and Felipe Nasr could only manage eighth.

In GTE Pro it was Porsche’s day after a race-long duel with Corvette Racing’s single C8.R. The highest finishing 911 RSR 19 was the No. 92 example of Michael Christensen and Kevin Estre. The duo started from pole but the opening stint of the race didn’t go to plan. Nick Tandy in the No. 64 Corvette stormed into the lead and the two Porsches were later handed 15-second time penalties.

It looked as if Corvette was going to build a comfortable lead but a long stop for damage repairs in the second half of the race and the red flags cost the American team a chance at fighting to the end. Instead, the C8.R came home second.

The No. 91 Porsche finished third in class while the two AF Corse Ferraris failed to feature. Neither 488 was able to fight for podium spots; the No. 51 taking fourth and the No. 52 a distant fifth, multiple laps down.

GTE Am was dominated by Aston Martin. Northwest AMR led after a daring move in the opening laps by Paul Dalla Lana on Ben Keating which laid the foundations for Nicki Thiim and David Pittard to control the race for the remainder while overcoming radio issues.

Behind the Aston Martin 1-2, the No. 56 finished in the final podium spot ahead of the No. 77 Dempsey Proton Porsche which finished just shy of a trophy-paying position despite the best efforts of Harry Tincknell and young Sebastien Priaulx who looked strong early on in his maiden WEC outing.

The Iron Dames Ferrari was the first of the 488s on the leaderboard in the class, finishing fifth.

Next on the schedule for the FIA WEC is the first six-hour race of the year at Spa on May 7.