(NEXSTAR) – World leaders are in Scotland this month for the 26th United Nations Climate Change Conference (or COP26 for short) discussing how to cope with climate change and what actions need to be taken to avoid the most disastrous scenarios. Projections from the scientists at Climate Central give us an idea of what the future might look like if major action is taken – and what things will look like if it’s not.

Climate Central is an organization of scientists and journalists focused on studying the impacts of climate change and warming global temperatures. The group’s latest project shows two futures in the United States: one with significant cuts in global emissions, and one without.

The map above shows that the effects of warming won’t be felt equally across the country. The upper Midwest and parts of New England are projected to see the most dramatic increase in average temperature by the year 2100.

The scientists also made local projections for 200 U.S. cities (See a few of the projections below, and more at the bottom of this story.)

In these graphs, you can see the range of possibilities for two different scenarios: one where major cuts to global emissions are made, and one where we continue down roughly the same path as we are now. The models only look at average annual temperature, and don’t capture the highs and lows – but those wild swings will be there too.

“We do know as there is an increase in the average temperature, that means there is a disproportionate increase in extremes,” said Sean Sublette. “If you warm things up a little bit, there’s more energy in the atmosphere, more record highs, heavier precipitation, and droughts are going to be worse because things are drying out a bit more quickly.”

When you look at the annual average temperature figure, Sublette urges you to think of all the things that go along with that increase. 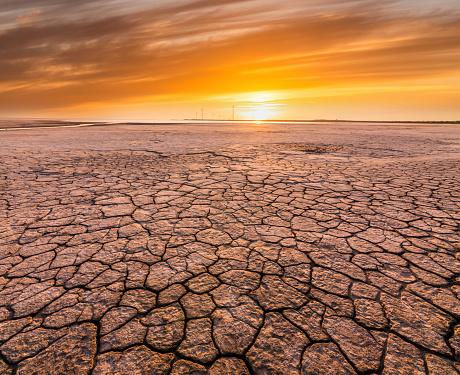 Take Los Angeles, for example, where projections show an annual average temperature in the low 70s by 2100 if we continue with our current pace of emissions. 72 degrees Fahrenheit sounds like a pleasant temperature, right? But that’s not how you should think of it, Sublette says. That’s about 5 degrees warmer than the current average.

“You’ve gotta think every single solitary day is 5 degrees warmer than in the past,” Sublette says.

Those consistently hotter, drier days have a major impact. What that looks like differs depending on where you are in the country.

“If you’re on the coast, sea level rise is a very big deal,” said Sublette. “West of the Rockies, desert climates will be even hotter, especially when you have urban heat effect. There will be many days in Phoenix 30 years from now where they just don’t go outside between 10 a.m. and 2 p.m. It might be 124 degrees. Once you start getting to 120 on a regular basis, infrastructure gets in trouble. Pavement melts, you can’t fly planes. These kinds of things happen. To say nothing about the electricity demand for AC.

“Because things dry out more quickly, when you do have drought, it will be worse… And if you don’t get as much snow in the winter, you don’t have the snow pack that you can draw from in the spring and summer to irrigate crops. Do you know how many vegetables are grown in the Central Valley?” (Spoiler: It’s a lot. About a quarter of the nation’s food comes from California’s Central Valley, according to USGS.)

Crops will have to be grown further north and mosquitoes will thrive, predicts Sublette.

But these outcomes aren’t inevitable, he says, as demonstrated by the second line on the graph labeled “significant cuts.” What exactly does that mean? It’s a massive undertaking, Sublette admits, but it basically boils down to aggressively cutting carbon emissions and a rapid expansion of renewable energy use — things top-of-mind for those at the climate conference this month.

COP26, where world leaders are discussing plans to cut greenhouse gas emissions, runs through Nov. 12 in Glasgow, Scotland. So far, more than 100 countries have pledged to significantly curb methane emissions. India has also pledged steep emissions cuts in the short-term, and set the goal of being net zero emissions by 2070. More than 20 countries, including Ukraine, Vietnam, South Korea, Indonesia and Chile, have made new pledges to cut back on coal use (all with different timelines).