Throughout the course of Outer Banks Season 1, many fans fell in love with the troubled teen character JJ, played by Rudy Pankow. In addition to watching his adventure with his fellow Pogues unfold, viewers caught a glimpse at JJ’s home life and the emotions he hid beneath his surface.

One of JJ’s most powerful scenes came in episode 7 when he broke down inside a hot tub, finally opening up about his inner demons. As Pankow revealed, JJ’s heartbreaking speech during that scene was partially improvised. Here’s what he had to say about the emotional scene.

At the beginning of the season, JJ came across as the friend group’s daredevil. His best friend, John B. (Chase Stokes), described JJ as “the latest in a long line of drinking, fishing, smuggling, vendetta-holding Salt Lifers who make their living off the water.” He was also a “mild kleptomaniac and a future tax cheat.”

JJ got himself into a few sticky situations in season 1, including an arrest by the Kildare County Sheriff’s Department. When his father, Luke (Gary Weeks), bailed him out, viewers learned that he physically and verbally abused JJ Luke had a history of gambling, alcoholism, and drug addiction, and his actions have often affected JJ However, after a physical fight, JJ told Luke that he wouldn’t fear him anymore.

In an interview with HollywoodLife, Pankow revealed where he thinks JJ and Luke’s relationship will stand in Outer Banks Season 2. 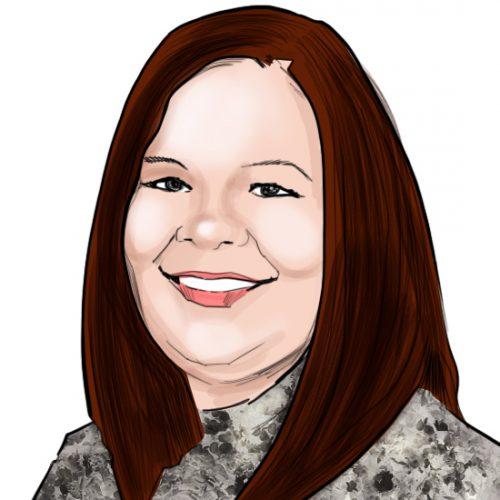 “I think what JJ will do [in season 2] is he’ll go rogue and kind of do his own thing and live by himself. Because at this point, JJ has proven to himself — not to his dad, not to John B., not to the Pogues — that he can survive by himself in a way,” Pankow said. “If he’s not going to have a father that looks out for him, the only person that’s going to look out for JJ is JJ.”

After the fight with his father, JJ went on a spending spree. He purchased an expensive hot tub and delivered a drunken speech to Kiara (Madison Bailey) and Pope (Jonathan Daviss) about why he spent the money. He became emotional and explained that he wanted to do something nice for his “family,” but soon admitted that he could no longer take his father’s abuse.

Pankow revealed to Seventeen that director Valerie Weiss permitted him to improvise during the scene, so he did.

“She really wanted me just to go and just to let it all out with the text and dialogue, and if something comes naturally, just to do it. I remember there’s definitely some stuff that wasn’t put in there. But there’s a lot of improv stuff near the end there about my dad,” he explained. “By the end, I realized that I need to go to where all of this heartbreak and pain is coming from, and there’s some of that written, but I wanted to add a little bit of it in there myself.”

Pankow continued to explain that he knew how important it was to take the scene seriously.

“I think the scary part is that it’s real. There’s a lot of people out there that are abused by their parents, and I need to take it very seriously. I just don’t want to make it feel like it isn’t real,” he added.

JJ had plenty of depth as a character, but Outer Banks creator Jonas Pate found him easy to write. Pate revealed to Entertainment Weekly that Pankow became the perfect fit for JJ because the actor and his character shared many qualities.

“He has such a mischievous streak in his actual personality, so it’s really easy to write for JJ because you really just think of Rudy,” Pate said.

How to get help: In the U.S. and Canada, text the Crisis Text Line at 741741 to reach a crisis counselor for support.

RELATED: ‘Outer Banks’: What Does the ‘B.’ in John B. Stand For and Why Do People Call Him That?