Amid Ongoing Drought, Californians Are Actually Using More Water. Are Mandatory Cutbacks in the Pipeline?

But water use nevertheless ticked up statewide, compared to January two years ago. The biggest increase was in the desert region that includes the Palm Springs area and the Imperial Valley, where water use increased 19% over January 2020 levels. The South Lahontan region, spanning the Sierra Nevada mountain communities of Southern California and Death Valley, had the second highest increase, at 9%. Residents of the Los Angeles basin and San Diego County used 1.8% more water, while those in most of the Central Valley used 6% to 7% more.

There is, however, some progress to report: Statewide, residents used nearly 6.5% less water between July 2021 and January 2022, as compared to that same period two years earlier. But that reduction still fell far short of Newsom’s requested 15%.

Now, a year after Newsom declared a drought emergency in hard-hit northwest counties, some experts say a state mandate is critical to keeping enough water in storage to survive a drought that could last for years.

“The message gets pretty garbled,” Cooley said, of the state's voluntary request. “With a mandate, it’s a very clear message about the need.” 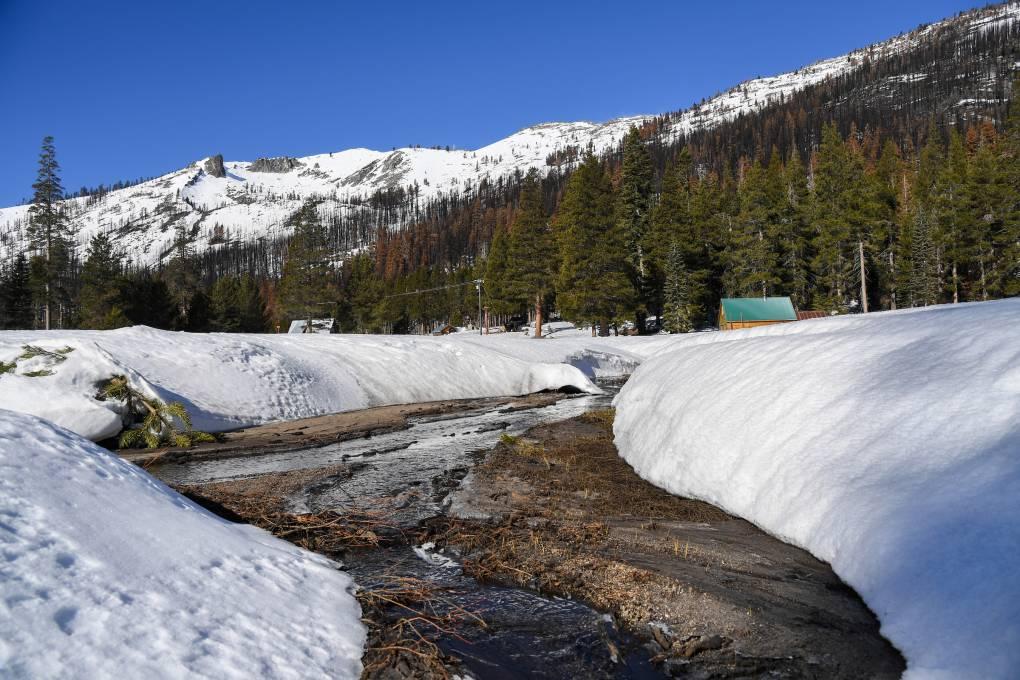 Newsha Ajami, a longtime water researcher, said the mandate should have happened months ago, when reservoirs were low and there was no precipitation in sight. “Having a mandatory water restriction is in everyone’s benefit,” said Ajami, who is a chief strategy and development officer for research at Lawrence Berkeley National Laboratory.

The new state data only includes water use from urban water districts, not rural irrigation districts that serve farms.

“I'm also here on behalf of Gov. Newsom to ask all of us to do more,” Crowfoot said. “It's once again time for Sacramentans, residents of this region, Californians to step up and help us navigate through this drought.”

Several years into the last devastating drought, in 2015, Gov. Jerry Brown authorized state regulators to order reductions from water suppliers in an effort to conserve 25% more water across the state. Regions were assigned a certain percentage of water depending on their existing use — and could face escalating consequences and fines if they exceeded those thresholds.

Californians responded: They cut their water use by 23.9% between June 2015 and February 2016, compared to the same months in 2013, according to water board staff. Cities and towns still use less water daily than they did before the last drought began: about 17% less per person.

This time, however, many water suppliers have relied on ramping up outreach and rebates rather than imposing new restrictions or fines.