Light replacement along the Interstate 10 Atchafalaya Basin Bridge in Iberville and St. Martin parishes, along with a sidewalk project in White Castle are among nearly $11.5 million in roadway projects across south Louisiana that received approval from the Louisiana Department of Transportation and Development.

The funds are on top of the $1 billion in new grants, formula funding and reallocation dollars Congressman Garret Graves helped secure through the Fixing America’s Surface Transportation (FAST) Act.

The two local projects include navigation lights replacement on the I-10 Atchafalaya Basin Bridge in Iberville and St. Martin parishes, at a cost of $2,649,418.25.

In White Castle, a $572,641.39 a sidewalks project is planned for the area to White Castle High School. 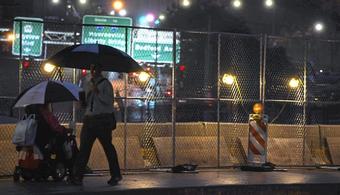 “Building a better Louisiana means focusing on all corners of our state and the announced road project improvements is great news especially for our rural parishes. With these funds, these highways will get a new layer of asphalt and undergo repairs to fix issues such as cracks or potholes. We will continue to advocate for regional priorities in South Louisiana as all transportation and infrastructure projects are intertwined. Every chance we can take to advance our roads, bridges and drainage is a step in the right direction,” Graves said. “Another important component to these announced funds is their flexible allocation was enabled by the extra $1 billion in federal dollars we’ve secured for transportation and infrastructure projects.

“Together, we are emphasizing our priorities and dedicating funding where it will be most impactful,” he said.

In 2015, Graves was a co-author and conferee to the FAST Act’s landmark legislative committee, helping to finalize negotiations, which included many provisions designed to address Louisiana’s traffic problems and substantial increases in federal highway funding for Louisiana. As a co-author and conferee to the landmark legislative committee, Graves was able to secure several items from the FAST Act.

As a result, Louisiana received $500 million in federal transportation funding and benefitted from the new, $1 billion annual grant program.

For South Louisiana, the 2015 FAST Act paved the way for major projects to become a reality such as the Terrace St. Exit, Pecue Lane Exit, I-10 widening from Highland Rd. to LA-73, LA-1 from Leeville to Golden Meadow, and port development (to help promote Louisiana’s economic competitiveness). The FAST Act provided $60 million more in federal transportation grant funds that resulted in the Terrace/Washington street exit reconfiguration and I-10 lane addition (Highland Road to Prairieville/Dutchtown exit).

Graves spoke at the construction ceremony for the work to begin the reconfiguration of the Washington St. exit, what Graves called “a game-changer and a smart fix for a stupid problem.”