Battered but not broken: how global trade is responding to Russia's invasion of Ukraine

Russia's first McDonald's store opened in 1990, just months after the fall of the Berlin Wall.It was a potent symbol that the Cold War was ending and a great ideological wound healing.Now every McDonald's in Russia is closed, as nations and corporations reduce, suspend or sever ties in response to the invasion of Ukraine.The scale of economic sanctions imposed on Russia are unprecedented. It has been suggested this conflict could be remaking the world order, with Russia choosing territorial hegemony over global trade.As Craig Fuller, the chief executive of supply-chain information service Freightwaves, has put it:If the Russia-Ukraine conflict's international ramifications keep spreading, we face a real possibility of a bifurcating global economy, in which geopolitical alliances, energy and food flows, currency systems and trade lanes could split.This is likely to be an exaggeration. Nonetheless shock waves are spreading through already battered supply chains.This article is going to focus on three elements energy, food and trade lanes. 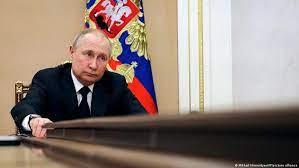 Fears over Russia's huge fossil fuels export being interrupted has led to global oil and gas prices spiking.Oil tanker freight rates have tripled as ship owners weigh the risk of being stuck with cargo they can't offload.