Eco-friendly ways to wash and clean, from freezing your jeans to using powder instead of pods

Do you have more than one shower a day? Or do you secretly indulge in a daily bath? Many of us are aware of the negative effect that our washing habits can have on the planet – from the amount of water we use and the energy required to heat it up, which can contribute to climate change, to the chemicals in the products we use which cause pollution – but it can feel like one of the hardest parts of our lives to make changes in.

Add in washing-up duties, boiling the kettle and flushing the loo, and our home water usage accounts for 6 per cent of all carbon emissions in the UK, research suggests.

Even simple choices such as shower versus bath can have complicating factors. An eight-minute shower uses 62 litres of hot water on average compared with 80 litres for a typical bath, but power showers can use up to 136 litres.

Email address is invalidThank you for subscribing!Sorry, there was a problem.

You don’t have to become a hemp-wearing hippie to help, however. Making smarter choices about our washing and cleaning routines can strike a balance between being mindlessly wasteful and causing friends to hold their noses.

Laundry contributes to carbon emissions in three ways: water usage – from the energy involved in pumping and treating water – plus the energy used both to heat it and to produce the chemicals that are in our detergents and conditioners.

As a rule of thumb, it’s good to spot-clean stains and don’t throw anything in the washing machine unless you really need to – especially jeans. An added bonus here is that your clothes won’t wear out so fast.

If your jeans need freshening up, Philippa Grogan, fashion and textiles assistant for the consultancy firm Eco-Age, swears by sticking them in the freezer for an hour.

“It kills the microbes and any lingering odours without using any energy beyond powering the appliance itself – which is already on,” she tells i.

When you do put the laundry on, opt for shorter cycles and cooler settings where possible. Washing clothes at 30C uses around 40 per cent less electricity over a year than washing at higher temperatures, according to the Energy Savings Trust – and most detergents are designed for 30C washes these days anyway.

“The greenest detergents you can find on the high street are the powdered kind that come in huge, old-fashioned cardboard boxes,” says Grogan.

Avoid liquids that come in opaque plastic bottles since they can’t be recycled – and run a mile from single-use detergent pods. They may be convenient, but their outer membrane tends to be made from derivatives of palm oil – which is linked to deforestation – or other oils which contain carbon-emitting chemicals.

Sustainability-conscious brands such as Smol offer plastic-free alternatives – and if you have the time, you can even find effective DIY detergent recipes online that use low-alkaline baking sodas.

Step away from fragranced laundry products if you can: they can contain what’s known in the industry as “volatile organic compounds”.

Essentially, these are tiny reactant particles which seep into our surrounding natural environment and cause havoc. Ecover Zero is an example of a fragrance-free alternative.

To reduce heat emissions but also cut down on the release of microplastics found in synthetic items such as tights, air-dry clothes rather than tumble-drying them. 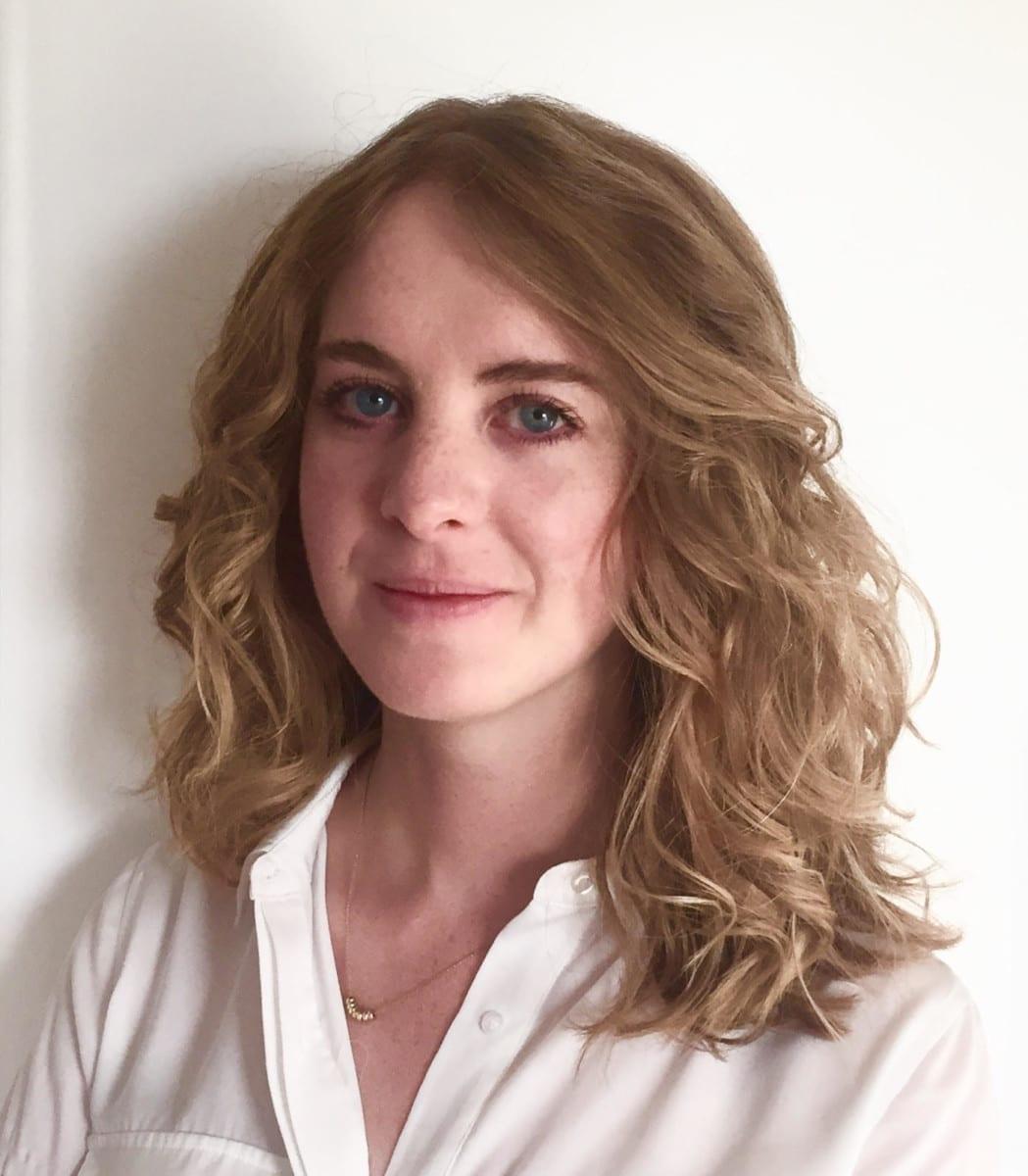 The amount of energy your washing machine or dishwasher uses depends on three things: the time it’s on for, how much water it uses, and what temperature it heats to.

Modern appliances are designed to be as environmentally sound as possible and must contain an energy rating – aim for one with an “A” on the front.

Most machines have an “eco” setting: these modes prioritise gentler cycles using cooler temperatures. According to the consultancy One Home, eco-settings are almost always worth using – the exception being where clothes are heavily soiled.

Recyclable packaging from bathroom products accounts for 30-40 per cent of landfill in the UK, the sustainability platform Circular Online estimates, suggesting that we could make more of an effort to separate rubbish from cardboard and other recyclables.

The average UK consumer gets through two bottles of shampoo per month, a survey by OnePoll and the beauty firm Reduit suggests.

A rise in popularity for the good old-fashioned soap bar is helping to tackle this, and high-street brands Garnier and Lush offer shampoo and conditioner in waste-free bars.

Grogan gives them a big tick: “Shampoo bars are good because they use less – and often more sustainable – packaging, they tend to last a little longer and are often made from milder raw materials.”

But there are other hidden factors that make shampoos environmentally dirty. Around 90 per cent of them contain sulphates, the chemicals which cause things to lather up. Sulphates acidify surface water and soil when they get back into the water cycle, which damages surrounding ecosystems.

Try to wash your hair less often. Most of us don’t need to shampoo every day, but we’re addicted to that squeaky-clean feeling. Fewer suds are better for your hair and better for the Earth.

Don’t forget about the waste generated through dental-hygiene products.

Made from a combination of plastic and aluminium, toothpaste tubes are difficult to recycle, resulting in billions of tubes being thrown into landfills around the world every year. New sustainably minded brand Zendium uses a higher proportion of plant-based materials in its tubes – 60 per cent – and others are working on biodegradable alternatives.

Weighing up your washing-up

In How Bad Are Bananas? The Carbon Footprint of Everything, Mike Berners-Lee argues that careful handwashing just about beats a fully loaded dishwasher, because dishwashers heat water from cold using electricity.

In most households, hot water from the tap comes from gas boiler heating, which is more efficient.

But if the electricity being used by a dishwasher is renewable, then it is green – unlike the nation’s gas boilers, which emit twice as much CO2 as all power stations, according to research published in September.

If you do wash in the sink, put the plug in rather than letting the hot tap run – doing this could reduce associated greenhouse gas emissions by two-thirds, according to a 2020 study by University of Michigan researchers.

If you have a dishwasher, the amount of water and energy it uses will depend greatly on its age and efficiency rating.

According to the Energy Saving Trust, a dishwasher that pre-dates 2000 uses an average of 25 litres per wash, while a newer one uses closer to 10 litres on an eco-setting. It’s also wise to unselect the pre-rinse and artificial dryer settings.

If you look at the back of most modern cleaning products, the hazard warning symbols give an impression of how toxic their ingredients can be to both people and the planet.

Look for eco-friendly alternatives from brands such as Ecover and Method, whose products contain biodegradable ingredients instead of harsh chemicals that pollute rivers and oceans.

Standard bleach is better than posh toilet cleaner mixes, since bleach dilutes as it flushes away while complex cleaners filter a mix of dangerous chemicals into the environment.

Elsewhere in the house, try lemons to remove limescale, and white vinegar for just about everything.

Environmental scientist and UN adviser Tara Shine is a big fan: “Together, vinegar and bicarbonate of soda react, giving off carbon dioxide that cases the mixture to bubble and foam,” she explains in her book How to Save Your Planet, One Object at a Time, proving that sometimes the old favourites really are the best.