Gen. Rick Hillier: I was inspired by Volodymyr Zelenskyy, and embarrassed for my country

We apologize, but this video has failed to load. Try refreshing your browser, ortap here to see other videos from our team.

I had the privilege to be in the gallery at Parliament during President Zelenskyy’s address to, not just a joint session of Parliament, but indeed, all of Canada. I was much less privileged to be there for the words, fanfare and self-congratulations when our own elected politicians spoke. 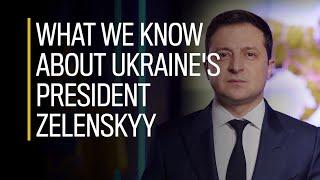 I was inspired by Zelenskyy, and embarrassed for my country.

President Zelenskyy has given us an opening

Zelenskyy, speaking from an unknown location to avoid Russian attempts to murder him and his government members, articulated the dire straits in which he and Ukraine find themselves. He did this in terms that all Canadians understand: Can you imagine it, if your country was invaded, your families murdered, homes and towns destroyed, highways demolished, and energy plants blasted. Imagine unrelenting attacks from the air, land and sea attempting to eliminate your country, all of its leaders and any resistance for the foreseeable future. Genocide, by any other name.