Giant threats to Arkansas’s fish and water are lurking under the surface somewhere right now. The Arkansas Game and Fish Commission needs boaters’ help in stopping these terrors before they spread any further.

Non-native invasive plants, animals and other creatures may seem like small problems at first, but together, they account for more than $120 billion (with a “B”) in damage to the U.S. annually. Blocking access to recreation, such as fishing and boating, is only one way these aquatic nuisance species cost Americans money. They impact public utilities, tourism, aquaculture and agriculture as well.

No one wants to see their favorite lake overtaken with a green mat of impenetrable weeds, but it has happened in some states, and some of the worst culprits are already here.

Matt Horton, the AGFC’s Aquatic Nuisance Species program coordinator, says 36 aquatic nuisance species have been documented in Arkansas, including plants, fish, mussels and other types of organisms. Some of the more well-known species include giant salvinia, silver carp, northern snakeheads and zebra mussels, but these are just a few of the species that can pose significant ecological and economic harm, as well as a risk to human health.

“Louisiana spends well over $1 million per year fighting giant salvinia, a plant that has been found recently in Arkansas,” Horton said. “Millions more are spent on other aquatic invaders. That money is being taken away from habitat management, stocking and improving fisheries for anglers. The AGFC has already shut down one of our hatchery facilities because the lake surrounding it became infested with zebra mussels, so it’s already impacting Arkansas anglers.”

Just like when fighting a virus, Horton says the best plan of attack is to prevent it from spreading to new areas. Here are some ways everyone can fight aquatic nuisance species in Arkansas to keep our waters healthy and accessible for angling and boating enjoyment.

Invasive species are commonly spread through unintentional introductions when they hitch a ride on a boat, motor, trailer or fishing and hunting equipment. Taking a minute to wash off debris, remove vegetation and allow your boat and equipment to thoroughly dry can kill off those hitchhikers before they reach a new destination.

“Anything that contacts the water can be a vector for the spread of these different organisms,” Horton said. “Most invasive plant species spread by tiny fragments of the plant. It only takes a tiny fragment of the plant to infest and rapidly take over an entire water body.”

A pressure washer like those found at car washes can clean the boat, motor and trailer efficiently and power away many of the nasties that can hitch a ride on your rig. Pay particular attention to the area around the trailer bunks and axles, as they can grab vegetation at the ramp and tote it unseen until you get to a new water body.

If you can’t wash the boat between each trip to a new destination, allow it to drain completely and dry out, which will help kill some of the culprits.

An extension of the “Drain” in the Clean, Drain and Dry motto is to pull the plug from your boat to ensure all water has drained. According to Arkansas law, all drain plugs must be removed from your boat at the boat ramp upon the conclusion of your outing. This includes bilge drains, cooler compartments, baitwells and livewells. Pathogens, such as viruses, as well as small bits of vegetation and invasive mussel larvae can hide in the plumbing of your rig and keep the cycle going. 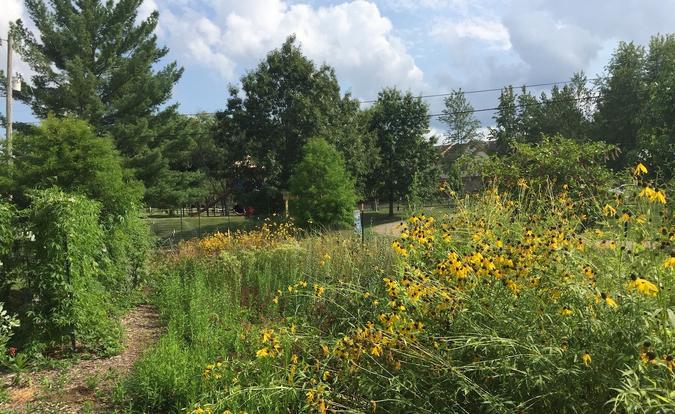 Anglers who want to keep their catch fresh on a long drive home are better served to cover fish in a dry livewell with ice. Not only are you preventing the spread of nuisance species, but the fish will actually be easier to clean and less likely to spoil than if they were toted home in lukewarm water. This law doesn’t just pertain to anglers, either. The ballast tanks of wake boats need to be drained after a day on the water to prevent these sorts of vessels from harboring stowaways, too. ALL boat plugs must be removed.

LEAVE THE BAIT BEHIND

Live bait is the best way to ensure a bite when you take a fishing trip, but those minnows you’re using may not be minnows after all. The water they are in also could harbor pathogens or bits of harmful aquatic plants that aren’t native to the lake or stream where you are fishing. Because of this, AGFC prohibits movement of live-caught bait, including crayfish, between bodies of water. Any live bait used must either be purchased from a certified bait provider or come from the body of water where you are fishing.

Young invasive carp, such as silver and bighead carp, for instance can look very similar to shad, a native baitfish preferred by anglers targeting striped bass, but silver carp can wreak havoc on a lake’s food chain and cause safety issues for boaters because of their tendency to jump from the water when startled by a boat’s engine.

When you’re done with your fishing trip, it’s also best to dump out the baitfish on the shore or in the trash where they cannot find their way back into the water. It may seem like a waste, but accidentally introducing a virus or other invasive species to the water is much more devastating.

Anglers and other boaters can help Horton fight aquatic nuisance species by knowing what to look for and letting the AGFC know as soon as they spot a possible infestation. “The sooner we find out about a new sighting, the faster we can act to contain and hopefully eradicate it,” Horton said. “Some plants, like giant salvinia, can double in size in less than a week with the right conditions. Waiting until it becomes a problem isn’t an option.”

The AGFC is developing an online dashboard to help show people where nuisance species have been documented. A smartphone app also will be developed to make it easier for anyone to report aquatic nuisance species.

CLICK HERE to look at what aquatic nuisance species have been reported in Arkansas and report any sightings.

“When people see one of these species, they can call me (501-747-9012), send an email to reportANS@agfc.com, or use the online reporting tool on the webpage,” Horton said. Information needed for a report include a picture or pictures of the organism, GPS coordinates if possible, name of the waterbody, and contact information of the person filing the report.

The University of Arkansas at Pine Bluff also is working on additional material to help the public identify aquatic nuisance species, which will be available soon.

It may be with the best intentions, but many anglers may be inadvertently destroying fisheries by importing fish and other organisms that aren’t native to a watershed one livewell at a time. After a long day of fishing, some anglers may decide that they don’t want to go through the trouble of cleaning their catch and release them alive into another lake or stream on the way home. Others may intentionally “stock” fish they want to see in bodies of water closer to home after catching a few on a long trip.

Both instances are illegal and can have disastrous consequences. North Carolina, Georgia and Virginia are currently battling encroachments of the Alabama spotted bass that is native to the Coosa River Chain that began with angler introductions. These fish are known to be aggressive and put up a good fight, but they’re overtaking the native smallmouth and largemouth bass in their new homes, ultimately hurting the fishery and actually reducing the overall size of fish being weighed in by some of the very anglers who illegally introduced them.

CLICK HERE to learn more about how you can help protect Arkansas waters from aquatic invaders.