WIND SWEPT ACROSS the mountains and a bitter chill hung in the air. Snow blanketed the landscape, having fallen overnight. Six of us trudged through it single file, heads down, stumbling occasionally in the gales. Above us, clouds sped, blanketing the stone walls and peaks of the Continental Divide. Below us, the North Fork of Middle Boulder Creek flowed eastward through a U-shaped valley, from its headwaters to the reservoirs of Boulder, Colorado, 20 miles away.

It was August, but the chilled conditions were typical of an altitude of 13,000 feet in the Rockies. Our destination lay above, at Arapaho Saddle, where we hoped to get a view of an alpine glacier tucked in a cirque between two peaks. Not just any glacier though: Arapaho Glacier is the largest and, as some would say, the last alpine glacier in the state of Colorado.

Ahead of me hiked Ted Scambos, senior research scientist at the University of Colorado Boulder’s Earth Science and Observation Center. Beside Scambos was Mike MacFerrin, a research glaciologist at the university who specializes in the Greenland Ice Sheet. Next to him strode Gabi Collao Barrios, a postdoctoral researcher at Scambos’s lab who studies snowpack changes in the Rocky Mountains and ice flow dynamics in Antarctica. To her left was Naomi Ochwat, a PhD student in geology who was also working with Scambos, and an electrical and electronics engineer from the university named Jorge Cañardo.

As we crested the pass, Scambos scanned the view, looking for the glacier through a pair of black polarized sunglasses. “Look at it!” he exclaimed. “It’s beautiful!” I chuckled at his sarcasm. All we could see was a wall of ghostly silver clouds. We huddled under an overhanging slab of granite where a small wall of stones has been amassed to shield hikers from the elements. Ochwat passed out espresso candies and tortillas with cheese. “It’s ten ’till noon,” Scambos said. “Might as well wait a while and see if the weather clears up.” His nonchalance spoke to his three decades of fieldwork in these types of conditions, from the frigid ice rivers of Greenland to the glaciers of Antarctica. A glaciologist, Scambos studies how climate change affects the cryosphere, the part of Earth’s surface characterized by ice. And, for much of the last two decades, he’s studied the Arapaho Glacier.

Alpine glacier ecosystems like the one we were in are “sensitive indicators of climate,” Scambos and his colleagues wrote in a 2010 paper in . And these glaciers are quickly melting. “If recent trends in area loss continue,” the paper noted, “Arapaho Glacier may disappear in as few as 65 years.”

What we were seeing — or rather, what we weren’t seeing — didn’t seem to compute.

The ecosystems of the Rocky Mountain high country live and die with the seasonal ebbs and flows of the cryosphere. Runoff from snowpack and glaciers provide a seasonal influx of water on which resident flora, fauna, and humans depend. Water from Arapaho Glacier runs into the Silver Lake watershed, which accounts for 40 percent of Boulder’s water supply. 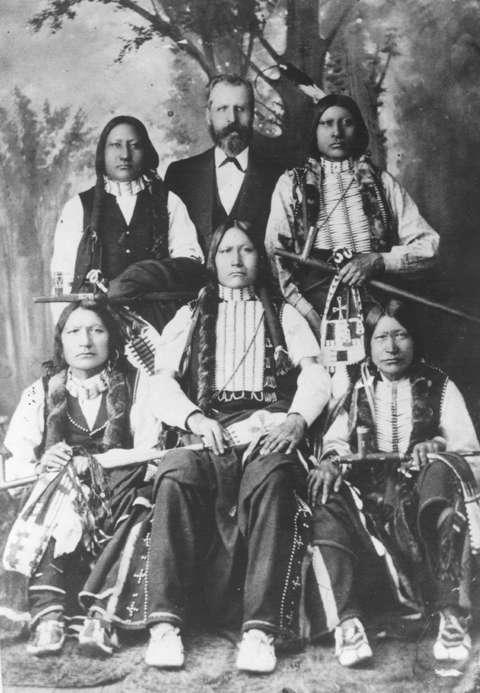 Without the glacier, Boulderites would lose a valuable resource, at a time when the city’s entire water portfolio is facing various threats related to climate change. A report from the City of Boulder Water Resources Advisory Board projects that by 2070 Boulder’s climate may be eight degrees Fahrenheit warmer and 10 percent drier than today’s climate. Annual water demands may rise as much as 5,000 acre-feet, and simultaneously, Boulder Creek’s water volume may face 42 percent declines as a result of shrinking snowpacks.

“Hey! We might have a view of the glacier now,” Scambos said after about an hour.

We emerged from our shelter and hiked a few hundred feet east on the ridge, where the glacier usually comes into full view beyond the upper reaches of South Arapaho Peak. We stopped and, with great anticipation, looked toward where the glacier should have been. Then we peered harder.

What we were seeing — or rather, what we weren’t seeing — didn’t seem to compute. We were all silent for a moment.

“Where is it?” someone asked finally.

GLACIOLOGISTS ARE NO STRANGERS to loss. For decades now, they have been observing the objects of their study dissolve at historically unprecedented rates all across the world. The Arapaho Glacier, in particular, has long been known as especially fragile. Even the first scientists to study the glacier knew it was quickly disappearing.

In August 1897, two botanists named Herbert N. Wheeler and Darwin M. Andrews embarked on an expedition to the valley floor downslope of the Arapaho Glacier to collect dogtooth violet bulbs. Specimens in hand, they decided to keep hiking — driven by curiosity “to see what was at the head of that valley,” Wheeler later wrote in his journal. They marched on, beneath the eastern face of the Continental Divide, up a steep slope of rock and ice toward a ridge between two peaks. When they reached the saddle, they saw a bowl-shaped cirque filled with ice. The slopes, ringing the cirque in a semicircle, were a mass of snow, stone, ice, and the occasional protrusion of tundra. Beneath the glacier, mounds of snow and rock trailed like stepping-stones across the valley floor to a series of bright blue lakes left in the wake of the glacier’s melting. The valley itself was carved by the glacier’s movement. Eroded talus stones piled upon the landscape, remnants of the glacier’s bygone power to erode mountains into piles of scree and a fine, sedimentary dust.

Even then, the glacier was just a remnant of its former self.

Since the Pleistocene, some two-and-a-half million years ago, much of what is now Colorado has been shaped by glaciers. Slow-moving rivers of ice carved valleys out of mountains and deposited massive, glacial erratic boulders across the basins and ranges of the state. They sculpted ridge lines and arêtes, and textured the landscape with felsenmeer (fields of boulders) and hanging lakes.

During the Last Glacial Maximum, more than 20,000 years ago, Colorado’s Front Range was inundated by ice. Present-day Rocky Mountain National Park was covered by an icecap, and the region’s largest glacier at the time, located in the valley of the Cache la Poudre River and home to the current headwaters of the Colorado River, was 28 miles long. Back then, Arapaho Glacier may have been 9 miles long, according to a 1902 report by glaciologist N. M. Fenneman.