Gender equality and inclusion are key metrics by which performance is measured in industry today. Research is no exception. While there is no quick fix to eliminating gender disparities, the EU has identified the structural changes needed in policies and programmes to increase the participation of women in research and innovation and improve their career prospects.

If you are a woman in scientific research and keen on climbing the promotion ladder, chances are your path will be long. It will also require an equal measure of confidence, commitment and courage. While there are many challenges to building a successful research career – for many women it can prove to be a real obstacle course.

The importance of institutional transformation through instruments like Gender Equality Plans (GEPs) was highlighted recently by Mariya Gabriel, the European Commissioner for Innovation, Research, Culture, Education and Youth. ‘Horizon Europe, our €95.5 billion research and innovation programme, now has new eligibility criteria,’ she said. ‘To receive EU funding, public bodies, research organisations, and higher education institutions must have a Gender Equality Plan in place.’

Gender equality has been a key priority in the European Research Area for over a decade. To remove barriers, research funding and performing organisations, including universities, were invited to implement institutional change through GEPs, and support has been provided under the EU’s research and innovation funding programmes FP7 and Horizon 2020.

GEPs are “drivers” for systemic institutional change, according to Dr Angela Wroblewski, a sociologist and senior researcher at the Institute for Advanced Studies in Vienna. This is why the European Commission’s monitoring of the implementation of the GEP requirement is key to supporting gender equality within the research sector.

As coordinator of the Horizon 2020 structural change project TARGET, her work takes an approach that goes beyond the formal adoption of a GEP. By initiating institutional change in seven gender equality innovating institutions in the Mediterranean basin, including universities and research funding organisations, the project introduced a reflexive policy (reflecting on what worked and what didn’t work) and tools for each stage of the GEP – from planning and implementation to monitoring and self-assessment.

‘When the project started in 2017, the countries where our institutions are located did not have established policies for gender equality in research and innovation,’ said Dr Wroblewski. ‘This has changed. Most importantly, our participating institutions managed to become visible as pioneers in the field of gender equality. I think this is a very important and interesting result because these pioneers may also influence the national discourse.’

The national context is important. There is no one-size-fits-all solution. Any approach to institutional change needs to be tailored to fit the national context, as well as the nature, history, and mission of each organisation.

‘The challenge is to find the best solution for each institution and to have a look at the national context,’ explained Dr Wroblewski. ‘Take the “leaky pipeline” phenomenon in which female researchers “leak” out from their career path. While it is very pronounced in Central European countries like Austria and Germany, the situation in Bulgaria and Romania, for instance, is different.’

In terms of the “leaky pipeline” phenomenon, an increase in the number of women among graduates does not automatically result in an increase in the share of women among researchers or top academic staff. Many women “disappear” in the transitions from PhD student to post-doctoral fellow and to assistant professor. Others face obstacles that either slows their progression or blocks it completely. This combines with the “glass ceiling” or “sticky floor” effects.

‘This is a problem in most European countries,’ said Dr Wroblewski.

Reflecting on the work carried out through TARGET, which ended in December 2021, she said: ‘It’s very impressive what the institutions managed to achieve even in difficult contexts. For instance, the Romanian Accreditation Agency ARACIS became the first Romanian institution to adopt a gender equality plan. And the University Hassan II Casablanca became the first university in Morocco to adopt a Charter for Equality.’

‘Based on the feedback from our partner institutions, we learned it is very important to have targeted gender equality plans and to have the support to develop such plans,’ she added. ‘It is not an easy task!’

GEPs to fill the gender gaps

Entrenched gender stereotypes and gender bias are a big part of the difficulties encountered, according to Jörg Müller, a sociologist and coordinator of the ACT project. 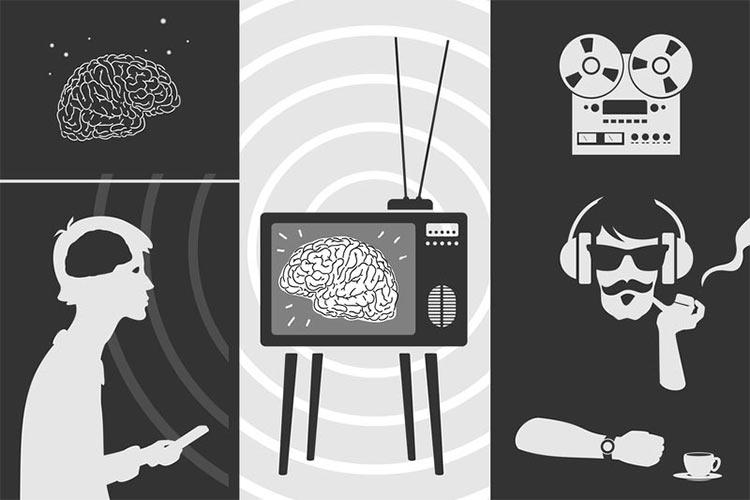 ‘I’m especially interested in how gender imbalances are made durable and continuously reproduced over time,’ he said. ‘There are many types of gender imbalances. Among the most persistent are the under-representation of women in the decision-making positions or at the highest level in academia.’

Why does it exist? While the answer is complex, the main reasons stand out. ‘The short answer is because we live in societies that have been and are still dominated by men,’ explained Müller. Gender inequality is built into the very structure of our societies. It is men who hold positions of power, decide over resources and provide the blueprint for what is valued and what is not.’

Since 2018, Müller has been investigating gender equality and institutional change. Through ACT, he has coordinated researchers from 17 institutions across the EU Member States in the creation of Communities of Practices – organic instruments of innovation in which groups of practitioners work together to solve concrete challenges. ACT supported the implementation of 8 Communities of Practice (within 144 organisations in Europe and Latin America) to promote gender equality through institutional change.

‘This is an extraordinary achievement and shows the commitment of those involved towards a more inclusive research and innovation environment,’ said Müller. ‘The Communities of Practices in many cases did allow practitioners to overcome their isolation and connect with others working in the field of gender equality. As a result, especially in Poland, many organisations made huge advances.’

This is one of the benefits of having a uniform framework to evaluate the organisational efforts. ‘This is crucial in relation to the latest advances put forward by the European Commission, namely making Gender Equality Plans an eligibility criterion to access Horizon Europe funding. This is a huge step forward.’

Despite some national differences, there is a common thread woven throughout all European countries: the design of successful GEPs requires both short-term and long-term commitment. This is the main goal of the SPEAR project, launched in 2019 by the University of Southern Denmark. It assists European research organisations to design their own Gender Equality Plans. By doing so, it also initiated the necessary institutional change.

‘My biggest – and happiest – takeaway from the first three years of SPEAR is how creative and effective our partners have been in applying the existing resources and knowledge to their specific contexts – and how far it is possible to go when we have access to competent guidance and time and support for qualified joint reflections,’ said Eva Sophia Myers, SPEAR coordinator.

In her role as leader of the Gender Equality Team at University of Southern Denmark, Myers knows all too well the challenges relating to gender equality, especially in the realm of scientific research. She underlines two types of challenges. The first set of challenges result from deeply embedded traditions, norms, practices, structures, systems and procedures. The second rests on competition, elitism, power and privileges.

‘Both manifest in the “real world” and in each of our minds and cognitive systems – and the two mutually enhance each other,’ she explained. ‘This means all of us favour certain directions and our everyday behaviours and decisions are largely influenced by these biases, norms and stereotypes.’

Breaking free of stereotypes hinges on our willingness to “open up” to new understandings and different perspectives. According to Myers, however, resistance is inevitable. She explained: ‘Academia is highly competitive and often the competition is about a limited pool of resources. All this gives rise to fierce power struggles and dynamics. Successful structural change brought about by gender equality approaches will inevitably challenge the status quo – including those in power positions… So, if members of academia are truly advocates of meritocracy, then working actively for inclusivity and gender equality is the only way forward!’

Rising through the ranks herself – from student assistant, research assistant, project coordinator, research administrator to inhouse organisational consultant to head of faculty administration and now head of her university’s gender equality team, Myers is an advocate of the structural change approach. ‘I find this approach to gender equality in academia to be very closely aligned with the beautiful and lofty values and ideals of academia,’ she said.

‘And in my experience, a deep integration of approaches that further inclusivity into daily practices in the universities, qualifies the efforts of university managers, PhD supervisors, teachers and researchers.’

The European Commission is committed to promoting gender equality in research and innovation and is taking concrete steps to address these challenges through Horizon Europe, in line with the Communication A New ERA for Research and Innovation and the new Gender Equality Strategy 2020-2025. Additionally, efforts to address the underrepresentation of women in certain fields of study (such as STEM) and in decision-making positions at universities are outlined in the recent European Strategy for Universities.

Horizon Europe has set gender equality as a crosscutting principle and aims to eliminate gender inequality and intersecting socio-economic inequalities throughout research and innovation systems, including by addressing unconscious bias and systemic structural barriers.