In a pre-tournament warm-up match, Sophie Devine made 161 not out as the White Ferns chased down Australia’s total of 321 with ease, with Amelia Kerr also reaching 92 not out.

Australia are hoping to hold both the T20 and ODI World Cups at the same time, while they already top both the ICC ODI and T20 Team Rankings.

Green said: “I think any game in a World Cup is important, so I don’t think this game is any more or less important than the rest of the games for us.

“I think Australia probably set the benchmark in women’s world cricket in the last few years and to get a win over them tomorrow would put us in an excellent position.

“But we’re just taking each game as it comes at the moment, but certainly every game we’re going out there looking to win so it doesn’t change too much for us.”

After Suzie Bates had a fairytale first New Zealand match on her home ground of Dunedin, hitting 79 not out to defeat Bangladesh, her fellow Otago native Katey Martin will play her 100th ODI match for the White Ferns. 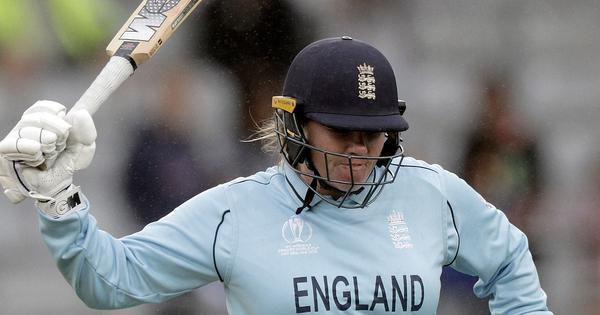 Martin made her ODI debut against India in 2003 and is the only member of New Zealand’s World Cup squad to have played a Test match.

The wicketkeeper-batter will bring up a century of ODI appearances for the White Ferns tomorrow at the Basin Oval while Kerr will reach 50 caps at her home ground.

“I think Katey’s been playing in this team for 18 years, so it’s really special for her. I think the way that she’s been performing in the last few games as well is just really pleasing for her,” she said.

“She’s a quality player and I know that she’s been such a great servant to the team not just on the field but what she brings off the field and her energy and enthusiasm and how she gets around the girls.

“She’s such a fantastic human, so to see her get 100 games for New Zealand, it’s a really proud moment for her and her family and they’re going to be in the crowd tomorrow watching.

“And Amelia to play her 50th game against Australia at the Basin - I’m not sure it gets much bigger than that. She’s such a talented cricketer only 21, 50 games, I can’t wait to see what she does in the next 50 as well.”

Ashleigh Gardner has rejoined the squad after isolating due to Covid while Tahlia McGrath is back available for selection after missing the Pakistan win with a sore heel.

Captain Meg Lanning said: “I’m not sure who’s playing yet. We’re going to have a look at the wicket this afternoon and work out what our best lineup is.

“We will work through that this afternoon and this evening. Ash Gardener joined us this morning, after her isolation period, and we’ll see how she goes out at training today and if she’s fit and feeling well, she’ll come in.

“Then Tahlia McGrath also trained yesterday and is looking really good, so she’ll be available for selection. We’ve got pretty much a full squad to pick from which is really exciting and it will come down to match-ups and conditions which we’ll have a look at this afternoon.”