As proposed, it would have slashed the payments made by utility companies to rooftop solar owners for exporting their excess PV production back to the grid. EQ Analysts said the proposal would lead to a 57-71% overall reduction in solar savings across the state.

A provision that was particularly under fire was the grid access charge, an $8/kW solar capacity charge per month, which experts called a “tax on the sun.” The charge would apply to all solar customers, regardless of whether they have grid-supporting technology like battery energy storage. A typical 7kW system owner would pay an additional $56 a month under the proposal.

Pointing to the absurdity of the fixed monthly charge in a ROTH Capital webinar, seasoned grid expert Dr. Ahmad Faruqui said, “Why should someone buying carrots at the grocery store have to pay more because they also grow carrots at home?”

SolarReviews, a residential solar informational site, interviewed about 4,000 active solar shoppers in the state, and showed them what their solar savings potential looked like under the assumptions of NEM 3.0. The results were nothing short of damning for California rooftop solar, as 95% responded they would no longer purchase under the cost assumptions. In many cases payback periods were increased to as much as 20 years, a wait many viewed as unreasonable and too risky.

Working Californians, environmentalists, and clean energy advocates quickly learned of the proposal, and with the help of organization by the California Solar and Storage Association (CALSSA), thousands took to the streets to protest. Over a thousand workers in front of the CPUC and nearly 2000 in Los Angeles demonstrated, calling upon the Commission and Governor Newsom to throw out the proposal and save the state’s distributed solar future.

Now, it appears that the voices of all who opposed the measure have been heard, as the decision is postponed indefinitely. 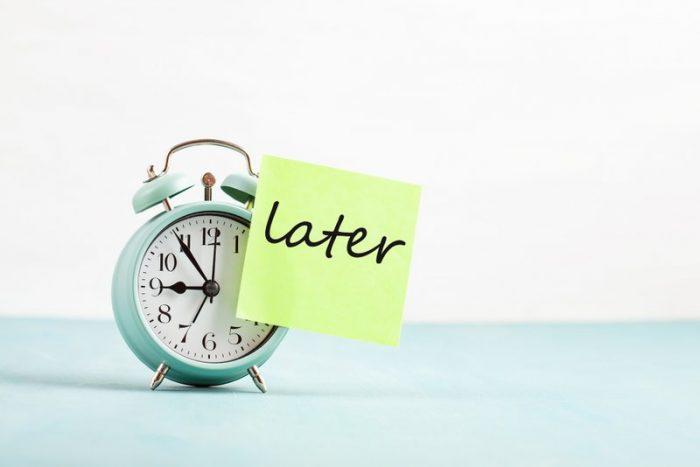 The CPUC was scheduled to meet and vote on January 27th. Then, it was reported that Governor Newsom said there was still “work to be done” on the proposal, and it was discovered that the proposed decision was not on the docket for the 27th, nor the February 10th meeting. Now, it appears that the voices of all who opposed the measure have been heard, as the decision is postponed indefinitely. Reuters reported CPUC president Alice Reynolds requested more times to consider changes.

“We are glad to hear that the commission is working to get this proposal right,” said Environment California’s state director Laura Deehan. “I’ve walked alongside thousands of concerned citizens who want our state to catch more solar energy from our rooftops. Governor Newsom heard us, and made clear that changes had to be made to the proposal. Now, the commission needs to make sure that California continues its solar leadership.”

In what may be a related move, a new Californian state agency established by the Newsom administration called the Office of Energy Infrastructure Safety announced it granted PG&E a special provision to recoup wildfire costs from electric ratepayers by raising rates.

These are some of the same wildfires PG&E were found liable for. In 2017 alone, downed transmission wires from aging infrastructure set fire to a drying state, causes massive wildfires, leaving many Californians without homes, and sticking PG&E with a $7.5 billion bill. The liabilities eventually caused the utility to declare bankruptcy. Now, it appears the ratepayers will be footing the bill.

The steep provisions in NEM 3.0 led many experts to wonder if the proposal was an effort to bail out California utilities who had been so crushed by the cost of wildfires. Now, the Office of Energy Infrastructure Safety will instead grant power to PG&E to, “seek the recovery of the utility to seek recovery of catastrophic wildfire costs from its ratepayers, or from the California Wildfire Fund. . . . It is Energy Safety’s assessment that PG&E has additional work to complete, but is taking steps to improve its operations and culture. This has been documented through the safety certification process.”

The Energy Safety Office’s decision acknowledges PG&E hasn’t eliminated the potential for future wildfire problems. It says, “Issuance of the safety certification does not constitute an affirmation by Energy Safety that PG&E has taken all possible steps to prevent its equipment from causing wildfires. Nor does it shield PG&E from liability or litigation.”

The Environmental Working Group of California said the best solution to prevent future wildfires caused by PG&E and other large utilities is to reform the current model of centralized electricity distribution that centralized power model that sends energy hundreds of miles through often unmaintained and dilapidated power lines over dry, drought-ridden central and Northern California landscape covered in brush and trees that fuel these fires.

In his new book Freeing Energy, venture capitalist Bill Nussey outlines this debate of the traditional structure of centralized power versus the new, distributed, flexible grid many are envisioning.