A Lake District Hotel is reopening with a new name and more staff after a £10 million project which has seen it completely transformed.

The cash has been spent on Lakes Hotel & Spa in Bowness-on-Windermere since 2014, the majority of it over the lockdown period as it moves to becoming a five-star hotel.

The venue, called the Burnside Hotel since the late 19th century, has just been renamed to mark all the work that has gone into it, its owner said. It has also recruited an extra 13 full-time members of staff, bring the total employed at the hotel to 80.

Owner Richard Berry said: “When I bought it in 2014, I could see that it was a fantastic building in a great location.”

“But I was also impressed by its potential. There are 980 places in the Lake District where you can get a bed and a bathroom and I knew I could do something different here.”

Work on the transformation had been happening for several years but accelerated following the first lockdown last year.

“The lockdown affected us in a dramatic way,” said Richard.

“We had to cancel every single booking and the hotel closed for the first time since probably World War Two.” 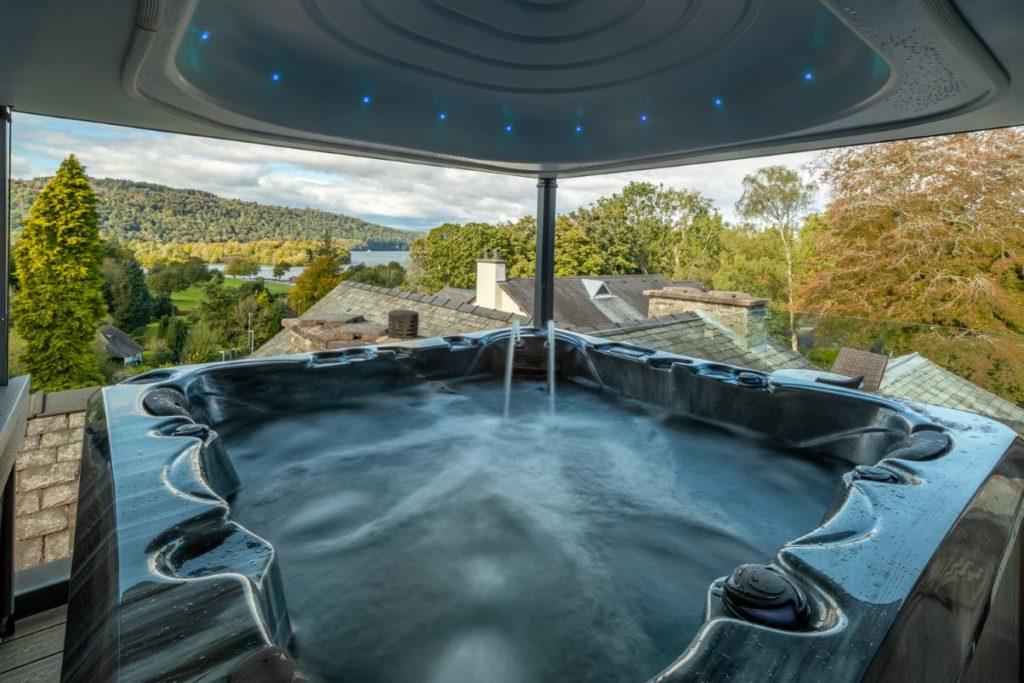 But having no guests meant work could forge ahead. “On the first day of lockdown guests left by 11am and by noon we had our builders digging the footings for the extension to the hotel’s West Wing, creating more balconies for hot tubs.

Its spa has been refurbished, including adding a hydrotherapy pool and cabanas; the hotel’s traditional pub has doubled in size; the main part of the hotel has been refitted; new suites have been created and the terrace outside the cocktail bar overlooking Windermere has been extended and fire pits added.

The major work on the west wing means there are now 42 hot tubs on spacious hotel room balconies.

Richard added: “This is unique in hotels in Great Britain. Many hotels have a few hot tubs sited on the ground but ours are properly integrated into the hotel rooms on private balconies.

“We have installed a new water system throughout the hotel which allows us to empty all 42 hot tubs when guests leave at 11am and refill the water that is already heated to 38 degrees by 3pm for when new guests arrive.”

Richard said strict planning rules meant that in much of the Lake District National Park hotels found it hard to modernise.

But Lakes Hotel & Spa was not a listed building and was just outside the Bowness Conservation area so easier to get planning permission to develop.

There are 24 room types, from Windermere suites with ‘floating’ beds, apartments in the spa building with kitchens, doubles to a penthouse suite with private rooftop hot tub.

A Bentley Mulsanne is available to collect guests from Windermere railway station and bring them to the hotel so with everything on their doorstep it can make a car-free break.

The hotel reopens on May 17.